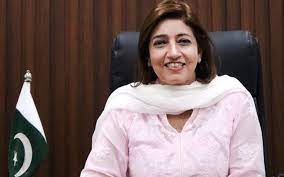 Dr. Huma Baqai (IR Expert): There is a growing realization among the Western countries that Pakistan has been badly affected due to climate change. The financial assistance has been mobilized for the country but the estimated damages caused by the floods are much more. The Prime Minister in his address to the 77th session of the UN General Assembly will present the case of Pakistan before the world. The recent flooding in Pakistan has also complicated the economic situation of the country. The infrastructure, crops and properties have been completely destroyed and if the international community does not come forward, the country may suffer. There is a need to defer the international debt. The Prime Minister will also highlight the Indian atrocities and policies in Indian Illegally Occupied Jammu and Kashmir.