The nation observed Pakistan Day today with a renewed pledge to make Pakistan a developed and progressive country with a strong defence on Saturday.

Today's ceremonies mark commemoration of the passage of Lahore Resolution on this day in 1940, under which the Muslims of the sub-continent set the agenda of a separate homeland for themselves.

Special prayers were offered in mosques after prayers for progress and prosperity of the country.

The main feature of the day was a spectacular military parade at Parade Avenue in Islamabad where three wings of the armed forces demonstrated their professionalism and military prowess.

While crossing the dais in an airplane on the auspicious occasion of Pakistan Day Parade today, the Air Chief using the radio communication from the aircraft saluted the resilience of Pakistani nation in his words, "Make no mistake; we will always safeguard Pakistan."

He further communicated saying presenting to you our wings of freedom and the guardians of your skies. Pakistan Zindabad.

Air Chief led the formations of PAF fly-past aircraft on the auspicious occasion.

Keeping the tradition of his predecessors, Air Chief Marshal Mujahid Anwar Khan flew over the venue in an F-16 Block 52 aircraft performing a magnificent vertical roll over the parade square.

The fascinated audience fervently watched and went ecstatic to see the aircraft of Air Chief disappear in the sky.

Earlier, the Air Chief arrived at an Operational Air Base of Pakistan Air Force to lead the PAF formations participating in Pak Day Parade fly past. He met with the combat air and ground crew at the base and lauded their extraordinary level of devotion and motivation.

There was also similar demonstration by the paratroopers from Saudi Arabia, Azerbaijan, Sri Lanka, Bahrain and Brunai.

Malaysian Prime Minister Mahathir Mohamad was the guest of honor of the parade.

The parade culminated with presentation of a special song with the theme 'Pakistan Zindabad."

Addressing the military parade in Islamabad today, President Dr. Arif Alvi says Pakistan believes in peaceful co-existence but its desire for peace should not be misconstrued as weakness.

The President said India's irresponsible attitude has jeopardized peace in the region. He said India will have to accept Pakistan as a reality, and it must come to the conclusion that dialogue is the only way to resolve issues.

The President said we are a peaceful nation, but are not oblivious to our defence, and the same has been proved in the recent demonstration of Pakistan's defence capability.

Dr. Arif Alvi said Pakistan has the right to respond to any aggression.

He said Pakistan's armed forces, which have always been alert to defend the motherland, befittingly responded to the Indian strike after Pulwama incident, for which the entire nation pays tribute to its valiant armed forces.

Terming terrorism as a threat to world peace, the President said Pakistan has successfully overcome the challenge of terrorism by carrying out effective military operations.

He said country is safe and now moving on the path of progress and development . He, however, pointed out that the country is dealing with the challenges of poverty, unemployment and extremist mindset.

Dr. Arif Alvi said peace in Afghanistan is imperative for durable peace and stability in Pakistan. He said Pakistan has no interest in Afghanistan except peace, and it fully supports political reconciliation in Afghanistan.

He said the participation of the representatives of Pakistan's friendly countries including Saudi Arabia, China, Turkey, Azerbaijan, Bahrain and Sri Lanka has added valour to today's military parade and this signifies Pakistan's friendship with these countries.

Pakistan Navy celebrated Pakistan Day with zeal and fervour. The day dawned with gun salutes and thanks giving prayers were offered for solidarity of the country.

The major event of the day was Joint Services Pakistan Day Parade, which was held at Shakarparian Islamabad. Smartly clad and agile contingent of Pakistan Navy led by Commodore Muhammad Shahid Iqbal was part of the parade.

A graceful change of guards ceremony was held at Mazar-e-Iqbal in Lahore on Saturday morning in connection with Pakistan Day.

A smartly turned out contingent of Pakistan Air Force assumed guards' durty at the Mazar.

Base Commander of PAF, Air Commodore Syed Sabahat Hassan, who was chief guest on this occasion, laid floral wreath on behalf of Chief of the Air Staff, Pakistan Air Force and People of Pakistan.

He also offered Fateha and recorded impressions in the visitors’ book.

They laid floral wreaths at the Mazar and offered fateha and paid tribute to the great leader for untiring efforts that paved the way of acquiring a separate homeland for the Muslims of Sub-Continent.

Speaking on the occasion, they said that the day requires us to renew our resolve to work for country's stability, unity and progress.

In Khuber Pakhtunkhwa, Main function in connection with Pakistan Day was held in Peshawar.

He gave awards to distinguished personalities.

Tamgha-e-Imtiaz was given to Vice Chancellor Abbottabad University Professor Dr. Iftikhar Ahmad for his extraordinary services in the field of education.

Akhtar Gul was awarded Tamgha-e-Imtiaz for his exemplary services in security and law and order maintenance.

Khwaja Safar Ali was awarded Tamgha-e-Imtiaz for his services in Handicrafts Art.

Cricketer Yasir Shah was given Sitara-e-Imtiaz for his extraordinary performance in cricket.

People of Balochistan, including those of provincial capital Quetta are also celebrating Pakistan Day with full national enthusiasm today.

In this connection a music concert is going to be held at Polo Ground in Quetta Cantt under the auspices of Pak Army tonight. Popular singers will perform at the music concert.

The Quetta Gladiators, the winning team of PSL season four, has specially been invited to participate in the music concert.

Pakistan Day is also being celebrated in Gilgit Baltistan with national zeal on Saturday.

In this connection an award distribution ceremony was held in Governor House Gilgit where Raja Jalal Hussain Maqpoon conferred awards on behalf of President of Pakistan.

The "Pakistan Day" was celebrated with traditional fervor in New Delhi today.

The event was organized by the Pakistan High Commission.

High Commissioner Sohail Mahmood hoisted the national flag at an impressing flag-hoisting ceremony. The national anthem was played while messages of the President and Prime Minister of Pakistan were read out on the occasion.

The High Commissioner highlighted the historic significance of the day, role of the Founding Fathers in the establishment of

Students of the Pakistan High Commission School sang national songs and presented a tableau highlighting the struggle for the creation of Pakistan.

At the end of ceremony, a cake was cut commemorating the Pakistan's National Day by the High Commissioner along with children.

The ceremony, in Pakistan Embassy Abu Dhabi, was inaugurated with flag hoisting by Ambassador of the Islamic Republic of Pakistan to the UAE, Moazzam Ahmad Khan and playing of national anthem.

While appreciating the unity and maturity displayed by Pakistani nation during the recent unprovoked Indian aggression against Pakistan, the Ambassador reiterated the readiness of Pakistan to play its part in winning lasting peace in the region.

A grand reception was held in Beijing to celebrate the 79th Pakistan Day and the 68th anniversary of establishment of Pakistan China diplomatic relations by the Embassy of Pakistan.

Chinese Minister for Science and Technology Wang Zhigang was the chief guest on the occasion.

Welcoming the guests, Ambassador Masood Khalid said that leaders of both Pakistan and China have worked selflessly to convert the existing friendship into a strong political economic co-operation based on mutual benefit and shared prosperity.

He said that China would continue to give priority to China-Pakistan relations and work together to bring peace and prosperity not only to our two countries but to the entire region.

Pakistan Day was marked with zeal and fervour by flag hoisting ceremony at a simple and impressive ceremony at the Pakistan High Commission London.

A large number of people including Mayors, Councilors, community leaders, members of Pakistani diaspora, British friends of Pakistan and representatives of media attended the ceremony.

Pakistan's High Commissioner, Mohammad Nafees Zakaria, hoisted the national flag on the tunes of National Anthem whereas the messages of the President Dr. Arif Alvi and the Prime Minister Imran Khan were read out on the occasion.

Speaking on the occasion, Nafees Zakaria  paid glowing tributes to the Quaid-e-Azam Muhammad Ali Jinnah, Dr. Allama Muhammad Iqbal and other founding fathers, who, through their unwavering resolve and visionary leadership brought the Muslims of the sub-continent at one platform and created a separate homeland for them.

He also commended valiant armed forces of Pakistan and resilient people of Pakistan for their matchless sacrifices for defence of the country.

The High Commissioner also reiterated Pakistan's political, moral and diplomatic support to the Kashmiris and invited world community's attention towards peaceful solution to the dispute through meaningful dialogue.

Similar events were held at other four Consulates of Pakistan in Birmingham, Bradford, Glasgow and Manchester.

The National Day, 23rd March 2019, was celebrated in Singapore with traditional fervor and national spirit.

The day began with hoisting of the flag by the Acting High Commissioner, Saeed Ur Rahman.

The Acting High Commissioner, in his address, highlighted the importance of the day and the progress that Pakistan has made in every field of life.

Pakistan National Day was also celebrated in Qatar with national zeal and enthusiasm.

A large number of members of the Pakistani community from all walks of life attended the flag-hoisting ceremony held at the Embassy of Pakistan, Doha.

Addressing the community on the occasion, Ambassador Syed Ahsan Raza Shah recalled the great sacrifices rendered by our forefathers in the struggle to achieve Pakistan.

An impressive flag hoisting ceremony was held at Embassy of Pakistan Cairo to celebrate 79th National Day of Pakistan.

Messages of President and the Prime Minister of Pakistan, on the occasion, were read out to the audience.

An impressive ceremony in connection with Pakistan Day was also held in Ankara, Turkey today.

The Ambassador of Pakistan Muhammad Syrus Sajjad Qazi, hoisted the National flag to the tune of the National Anthem.

A large number of Turkish dignitaries, members of Pakistani community, Pakistani students studying in Turkish Universities and Embassy officials and their families attended the ceremony.

The messages of the President and Prime Minister of Pakistan were read out on the occasion.  Students of Pakistan Embassy School in Ankara presented national songs.

To commemorate the 79th anniversary of Pakistan Resolution a flag hoisting ceremony took place at the Embassy of Pakistan Brussels Belgium today.

A large number of participants from Pakistani diaspora in various cities of Belgium and Luxembourg gathered at the Embassy to celebrate the event with full fervour. 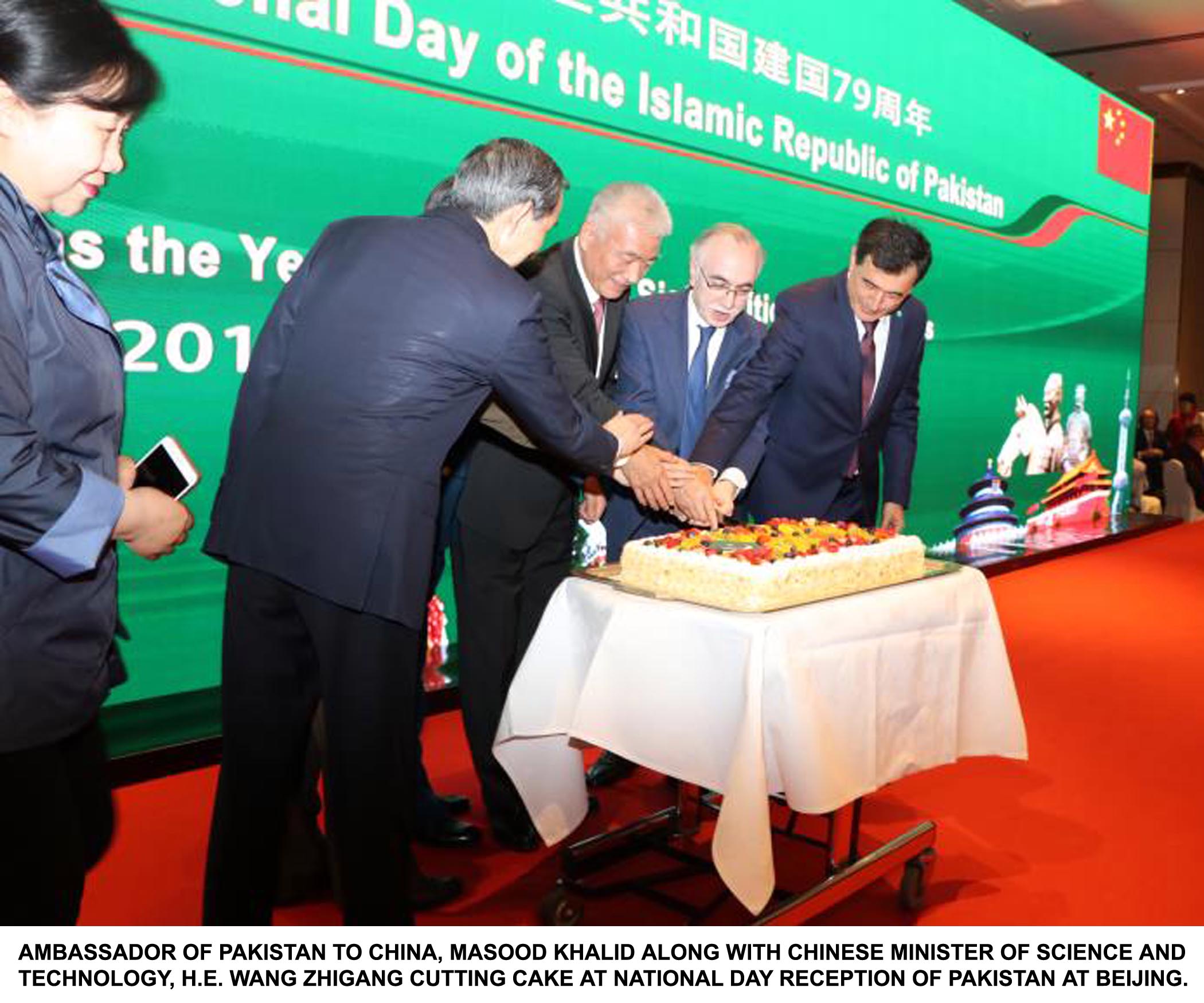 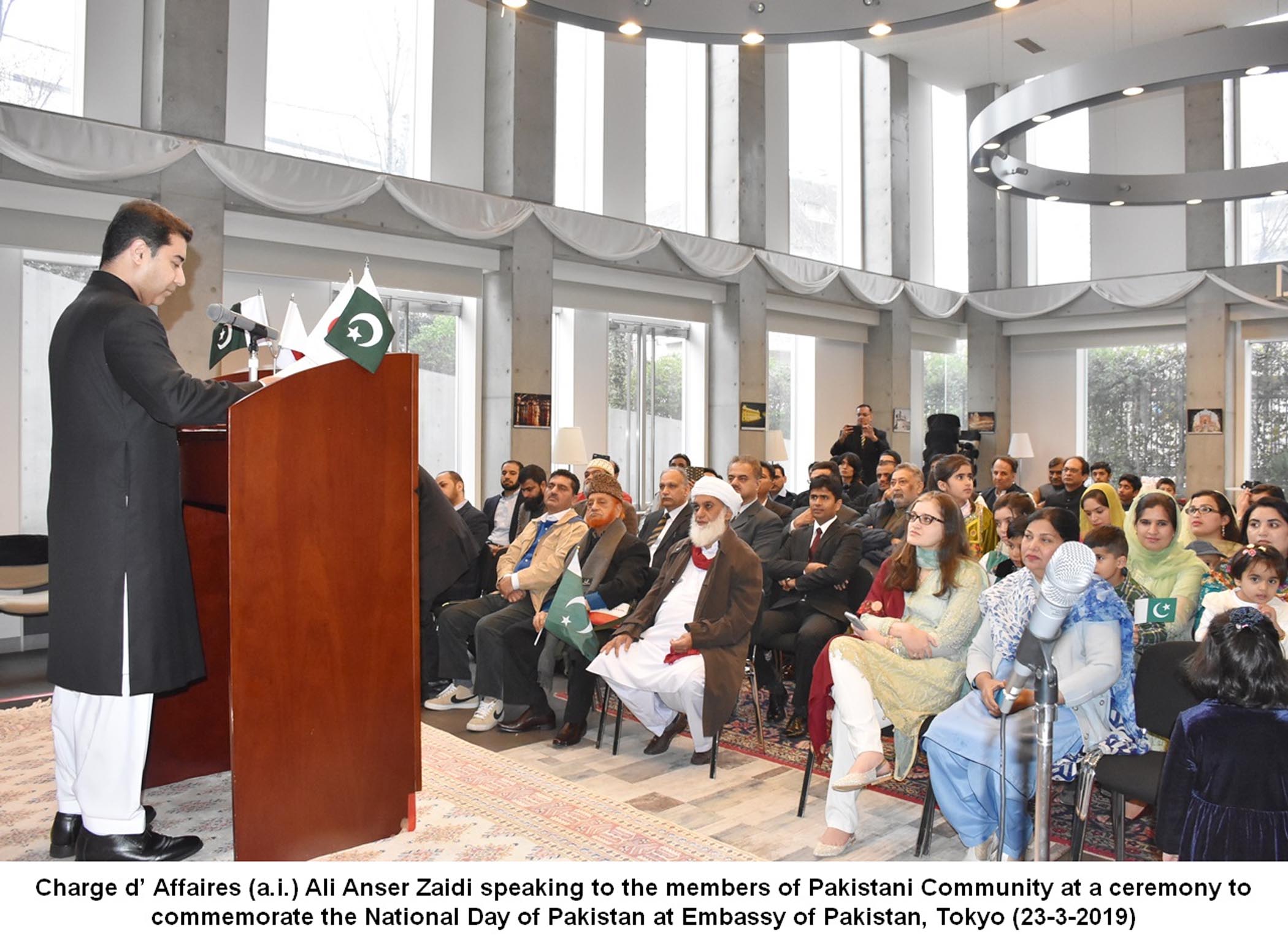 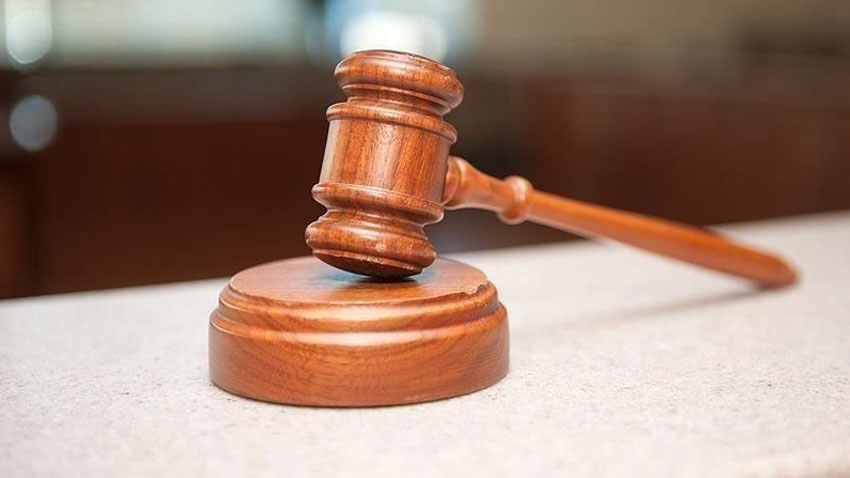