CPEC made Pakistan most visible part of BRI: PM Prime Minister Shahid Khaqan Abbasi says the Chinese Belt and Road Initiative would link together a series of countries, regions and civilizations to create shared prosperity.

He was speaking in 'Belt and Road Impact' session of the World Economic Forum in Davos on Wednesday.

The Prime Minister said BRI is physical manifestation of the bonds between countries that existed through history. He said Pakistan today is most visible part of the BRI because of China-Pakistan Economic Corridor.

He said the project would result in freer movement of people and greater cultural opens between the countries.

The Prime Minister said we strongly recognize the vision and initiative of China and President Xi.

Referring to CPEC, which is part of BRI, the Prime Minister said projects under the initiative include power plants, highways, modernization of railways and ports, construction of airports and setting up of economic zones for export growth. The Prime Minister said CPEC is also boosting confidence of the investors and Pakistan is getting a lot of investment in addition to CPEC.

Shahid Khaqan Abbasi said key principles of CPEC projects are financial sustainability and lessening of environmental impact. He said apart from financial sustainability, these projects are indicative of Pakistan being a more responsible global citizen as far as environment is concerned. He said despite all power plants coming in including those based on coal, the overall impact on the environment would be positive as Pakistan is replacing the less efficient power plants.

To a question by the host of the session, the Prime Minister said with the development of ports and highways, Pakistan can provide much more efficient connectivity to most of Central Asian countries, which are landlocked.

He said the Government is guarding against projects becoming white elephants and is striving hard for optimum utilization of resources.

Other participants of the discussion including President of Asian Infrastructure Development Bank, Chairmen of China National Corporation and Chinese National Machinery Industry Corporation and representatives from the US and Russia expressed the confidence that VRI will boost development in participating countries. They pointed out that the project touches 40% of global GDP.

The prime minister Shahid Khaqan Abbasi will participate in a number of important events and hold bilateral meetings with key world leaders and Chairpersons and CEOs of fifteen leading multinational organizations from the US, Europe, China and Japan.

He will interact with heads of states and governments in a special session of the Informal Group of World Economic Leaders.

The prime minister will give interviews to major international media outlets including the Wall Street Journal, Nikkei/FT Group, the Washington Post, CNN, and the Reuters.

Participation of the Prime Minister in the Forum Annual Meeting 2018 provides an opportunity to project Pakistan as prime destination of business, investment and trade. The theme of the event is "Creating a Shared Future in a Fractured World".

She will also hold discussion at Information and Entertainment System Initiative Stewards Meeting besides attending women leaders dinner 'The next wave of change. Resolution related to expulsion of French Ambassador to be presented in NA today: Rashid Dialogue with India to be possible only if situation in IIOJ&K improves: FM 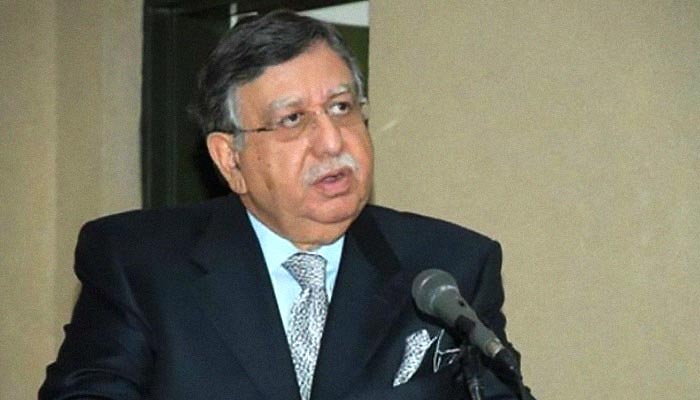