Pakistan's connectivity with Uzbekistan will open up new avenues of prosperity: PM Prime Minister Imran Khan says Pakistan’s connectivity with Uzbekistan in trade and bilateral spheres will open up new avenues of prosperity in the region.

Addressing Pakistan-Uzbekistan Business Forum in Tashkent today (Thursday), he said Pakistan has immense potential to connect Central Asia with rest of the world and become a hub of trade.

The Prime Minister assured the businessmen and traders of Uzbekistan that Pakistan will extend them every possible facilitation in promotion of trade.

He said the railway project among Pakistan, Uzbekistan and Afghanistan would prove to be a revolution of development.

Imran Khan stressed that to exploit the region’s potential, peace and security in the neighbourhood is essential.

On the situation in Afghanistan, the Prime Minister said peace in the war-torn country is important to ensure materialization of development projects in Central Asia.

He said Pakistan is keen for peace in Afghanistan and considers it vital for trade connectivity among the regional countries.

Imran Khan hoped that with the support and will of the regional States, the situation in Afghanistan would lead to improvement.

Alluding to the historic, cultural and spiritual connections between the two countries, the Prime Minister stressed that Trans-Afghan railway project is of paramount importance for Pakistan and Uzbekistan to improve their trade relationship.

He noted this connectivity project will connect Uzbekistan with Pakistan's seaports and open new markets for it.

He also called for more frequent flights between Pakistan and Uzbekistan.

Earlier, Prime Minister of Uzbekistan Abdulla Aripov, in his speech, mentioned the strong ties between Pakistan and Uzbekistan in multiple areas of cooperation.

He said a new era of cooperation between Pakistan and Uzbekistan will start through Preferential Trade Agreement, banking system and improvement in customs.

He said Pakistani businessmen have come up with a plan for investment in Uzbekistan.

Talking to the media in Tashkent, Secretary Board of Investment, Fareena Mazhar said the negotiations relating to PTA will be completed in two months. She said there is already consensus between the two sides on important matters. Earlier, on arrival, a formal welcome ceremony in the honor of Prime Minister Imran Khan was held at Kuksaroy Presidential Palace, Tashkent on Thursday.

National anthems of the two countries were played on the occasion.

A smartly turned out contingent the Uzbek forces presented guard of honor to the Prime Minister.

Uzbek President Shavkat Mirziyovev and the Prime Minister introduced their cabinet members to each other. Pakistan, China agree to include KCCDZ under CPEC framework 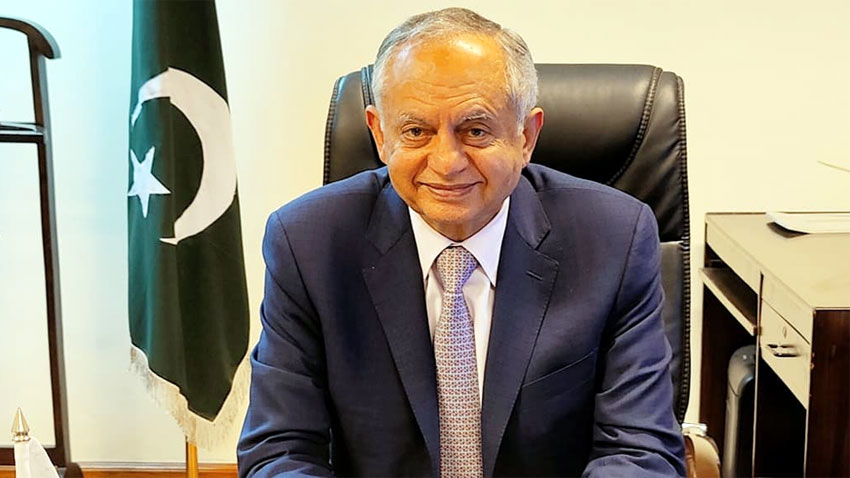