Addressing a news conference in Rawalpindi, he said EU DisinfoLab has New Delhi's planned propaganda against Pakistan on the behest of the State of India. He said Indian aggression in Kashmir was cleverly kept in hiding from the international watch, while an unfounded propaganda was unleashed in favour of revocation of Article 370. He said EU parliamentarians were invited to visit the Indian Illegally Occupied Jammu and Kashmir in personal capacity, but they were portrayed as EU representatives.

Regarding social issues, Babar Iftikhar said false propaganda was launched through EU Chronicles on minorities and women issues. Anti-Pakistan resolutions were moved in the European Parliaments to tarnish Pakistan's image in all these areas. He said EU DisinfoLab report view this anti-Pakistan campaign at number six on the scale of one to six, which is the highest level of disinformation spread by India. He said findings of the report serve as a call to actions for decision makers to put in place relevant frameworks to sanction actors and governments abusing international institutions, influencing decision makers and misleading the world opinion.

The DG ISPR said Indian has been creating instability in Pakistan by backing banned terrorist organizations, besides committing ceasefire violations on the Line of Control.

He said in addition to security challenges, locust and Covid-19 pandemic remained a serious threat to Pakistan's economy and food security. He said the state of Pakistan, all national institutions and the people of Pakistan collectively faced all these challenges successfully.

Talking about steps taken along the Western Border, the Military Spokesperson said socio-economic development projects have been launched in this area. He said coordinated measures have been taken to secure Pak-Afghan and Pak-Iran border.

Highlighting measures taken in the security domain, Major General Babar Iftikhar said achievements in the last one decade were consolidated by adopting 'whole of nation' approach under Operation Radd-ul-Fasad. He said terrorists' support base, their facilitators, abettors, and financiers were eliminated. He said with the grace of Almighty Allah, today no organized terrorist infrastructure exists in Pakistan. He said over 3,71,000 intelligence based operations were conducted under operation Radd-ul-Fasad.

Talking about law and order situation in Karachi, he said the city was at number six on World Crime Index in 2014 and now it has come at number 103, which shows improved and better situation than in leading capitals of the developed world.

He said Karachi is now witnessing a 95 percent decline in incidents of terrorism, 98 percent in target killing, 99 percent in extortion, and 98 percent in kidnapping for ransom.

So far as border management on Pakistan's frontier with Afghanistan and Iran is concerned, the DG said security situation has been significantly improved through various steps like border terminals, scanners, biometric systems, border posts and fencing. He said fencing on 2,611 kilometers long along Pak-Afghan has been completed and rest of the fencing work is likely to be completed by the mid of this year. He said over 37 percent fencing has been completed along Pak-Iran border and the remaining will be completed by next year. He said over 482 out of 1,068 planned forts have so far been constructed on the western border. As a result of border control measures, cross border movement through border terminals has witnessed an increase of 33 percent, taking the revenue receipt in last six months to 48 billion rupees.

Talking about the eastern border, Babar Iftikhar said provocations from India increased manifolds in which civilian population, especially women and children were deliberately targeted by the Indian troops. He said over 3,000 ceasefire violations were recorded in last year, killing 28 innocent people and injuring over 200 others. He said Pakistan Army has always responded to Indian violations effectively and in a befitting manner, inflicting heavy loss of lives and property on India. He said now India has unleashed non-kinetic or fifth generation warfare after failing in kinetic tactics.   He said Pakistan presented a dossier, containing irrefutable evidence of Indian involvement in abetting terrorism in the country, before the international community. He said recent revelations made by EU DisnfoLab have badly exposed India's nefarious designs against Pakistan.

Dissecting India's disinformation campaign against Pakistan, Babar Iftikhar said Pakistan, in last two decades, successfully fought the war on terror and proved its credentials of being a responsible state among comity of the nation. He said all kind of terrorist organizations were eliminated from Pakistan by conducting over 1,200 operations in the kinetic domain. He said over 18,000 terrorists were eliminated. He said over 1,100 Al-Qaida terrorists were either killed or captured, intelligence sharing was ensured with over 70 countries, and Pakistan rendered over 83,000 sacrifices and embraced economic loss of 126 billion dollars in this war on terror.

The DG ISPR said that India, on the contrary, increased unprovoked ceasefire violations along the eastern border, during this period.  He said the people of IIOJK have been facing the worst kind of siege in the human history. He said gross human rights violations are continuing in IIOJK.  He said the EU DisnfoLab has unearthed anti Pakistan activities of New Delhi based Shrivastav Group. He said the group has been continuing this criminal activity to destabilize Pakistan for 15 years through fake think-tanks, NGOs, and media outlets.  He said the group, through fake NGOs, organized various anti-Pakistan events and demonstrations at the UN and UNHCR and to malign Pakistan's image through motivated content. He said for the sake of legitimacy, such content was got released by Indian news agency ANI, which was being carried by India's mainstream media and the social media as a true story.

Analyzing steps taken to contain Covid-19 pandemic, he said the entire nation, through collective wisdom and efforts successfully met this challenge. He also appreciated Pakistani media for playing an exemplary role in creating awareness to cope with the contagion as well as highlighting Kashmir cause.

Answering a question, Major General Babar Iftikhar said protection bunkers are being built to safeguard civilian population on LOC and the government of Pakistan has allocated massive funds for this purpose.

Replying to another question, he said Army is a subsidiary institution of the government of Pakistan and doing its mandated work. He said the army neither needs to interfere in political matters nor any attempt to drag it in this direction should be made. 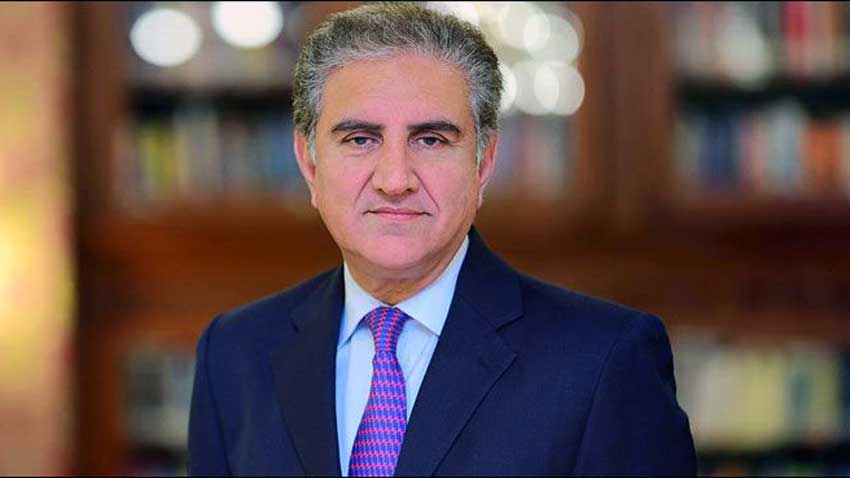