Whole Pakistani nation along with Kashmiris on both sides of the Line of Control and the world over observed Black Day on Sunday (October 27, 2019) to convey to the international community that they completely reject India's illegal occupation of held Kashmir.

It was on this day in 1947 when Indian troops invaded Jammu and Kashmir and subjugated it in blatant violation of partition plan of the subcontinent and against the will and aspirations of Kashmiris.

This year's day is of special significance as it is being observed in the backdrop of illegal and unilateral step of India to annex Kashmir on 5th of August.

The day highlights the 72 years of struggle of Kashmiris in their quest to right to self-determination.

President, Prime Minister, Foreign Minister and other leaders in their messages on the occasion have reiterated complete support to the just cause of Kashmiris in their alienable right to freedom from Indian occupation.

Several programs, including rallies and seminars, were held throughout the country to express solidarity with the people of occupied Kashmir.

In capital Islamabad, documentaries were played on large screens installed at key places in which Indian atrocities on innocent Kashmiris and the human tragedy unfolding in the territory is depicted. Stickers and banners of Black Day were pasted on public service buses and stops along with prominent places.

Pakistan National Council of the Arts arranged a number of programs including a photographic exhibition depicting the plight of Kashmiris, and airing of two dramas titled 'half widow' and 'curfew'.

The cellular phone companies had sent special messages on Black Day to their consumers.

Arrangements had also been made in all four provinces with banners, stickers and rallies to condemn the illegal occupation of India on Kashmir.

Pakistani missions abroad also organized events and engaged with Pakistani Diaspora, local parliamentarians, think-tanks and other relevant people to highlight significance of the day and remind the international community of its obligation to use its influence over India to resolve this decades long conflict.  The Ministry of Foreign Affairs through its missions abroad also published editorials and opinion pieces in foreign press to highlight the critical state prevailing in Occupied Kashmir.

In Azad Kashmir, rallies, demonstrations and protest gatherings were held in all small and big cities of the state under the auspices of Kashmir Liberation Cell, Hurriyat and religious organizations.

Main function of the Black Day were held in the state capital Muzaffarabad. Prime Minister Raja Farooq Haider Khan presided over the function. A rally was also taken out at the end of program.

All Parties Hurriyat Conference led by Syed Ali Gilani in a statement has asked the people of occupied Kashmir to march towards Lal Chowk of Srinagar, and hold a sit-in protest to show the world that resistance of Kashmiri people does not need the means of telecommunications for their survival.

Meanwhile, restrictions have been further tightened in the Occupied territory in view of the call for march towards Lal Chowk on the occasion of Black Day, today.

According to KMS, the deployment of Indian forces has been increased.

People continue to observe shutdown with main markets continue to shut, public transport off the roads and school buildings deserted look without students and staff as a mark of silent protest against India’s illegal action on 5th August.

On the other hand, life remains paralyzed in Kashmir Valley and Muslim majority areas of Jammu region on 84th day.

Normal life continues to hit badly due to restrictions and gag on internet and most of cellular services.

The Black Day was observed throughout the Punjab today in support of the people of Kashmir today.

The day is marked to denounce the illegitimate occupation of Indian in Kashmir.

In this regard various ceremonies were held in Lahore to condemn Indian forces' atrocities on the innocent people of Kashmir.

A ceremony was held at the CM office today in which the chief minister planted a sapling in the name of Kashmir.

Provincial minister and high officials attended the ceremony. They prayed for the progress of the country and liberation of Kashmir.

Addressing on the occasion, the chief minister said that no power can stop the Kashmiris from winning freedom.

Likewise, a ceremony was held at the Aiwan-e-Karkunan-e-Tehreek-e-Pakistan the Mall this morning under the aegis of the Nazria-e-Pakistan Trust.

He strongly condemned the Indian barbaric acts in Kashmir and expressed solidarity with the oppressed people of Kashmir.

Other speakers threw light on the UN resolution on Kashmir.

The participants were holding placards and banners inscribed with anti-India slogans and message in support of the Kashmir freedom activists.

Another walk was organized by the District Administration Lahore today from Nasir Bagh to the DC office.

Black Day was observed in Karachi as elsewhere in the country today to reject the illegal Indian occupation of Jammu and Kashmir.

People, specially Kashmiris living in the city staged rallies and various programs to show the world that they totally reject the Indian occupation of the Jammu and Kashmir.

In his message on the occasion of Black Day, Sindh Governor Imran Ismail said India’s illegal occupation of State of Jammu and Kashmir for the last 72 years should be a serious cause of concern for the whole world.

He said the people of Kashmir have been fighting for their rights for over 70 years now and are being subjected to brutal torture for it by Indian forces. He said Indian atrocities are condemnable and must be stopped.

The Governor said it is time that the issue must be resolved as per the resolutions of the United Nations to save the region from any mishap.

The Governor said the struggle of Kashmiris will not go in vain and it cannot be suppressed by force or torture.

A walk in connection with black day was held in Peshawar today.

Speaking on the occasion, they appealed the international community to take notice of atrocities being perpetrated by Indian army on innocent Kashmiris in the occupied territory.

They demanded of United Nations to play its role in resolving the Kashmir issue according to aspirations of the Kashmiri people.

Special prayers were offered for the development and prosperity of Pakistan and independence of Indian held Kashmir.

Different political and religious organizations arranged scores of rallies, demos and gathering in various areas of the district to protest against the India’s illegal occupation of Kashmir.

The participants of main rally at Khar said the day was near when Jammu and Kashmir will be a part of Pakistan.

Several programs, rallies and gathering were also held in various areas of the district to express solidarity with the people of occupied Kashmir.

A big rally was held along the Pak-Afghan border locality in Salarzai tehsil led by PTI MPA Awnar Zeb Khan.

In Gilgit Baltistan protest rallies were brought out in all districts to mark the illegal occupation of Jammu and Kashmir by India on 27th October ,1947.

In Gilgit, the protest rally was taken out from Kalima Chowk which passed through Airport road converted into a public gathering at Ittihad chowk.

In Mirpur, protest rallies and demonstrations were the hallmark of the Black Day.

A rally was taken out from Deputy Commissioner Office which ended at the famous chowk of Mirpur Chowk Shaheedan.

District administration, lawyers, members of social, political and religious parties, notables of the city, people from all walks of life and students took part in the rally.

A resolution was also passed on the occasion which demanded of the UN to resolve Kashmir issue and give Kashmiris their birth right, right to self-determination according to the resolutions passed by UN.

Provincial Finance Minister Balochistan Zahoor Ahmed Buladi has said the Indian Government and its occupation forces are carrying out unprecedented atrocities and brutalities against our Kashmiri brethern in the Held Kashmir.

In an exclusive interview, with Radio Pakistan Quetta, he said the Kashmiris are beaton charged and bullets are showered on them whenever, they struggle peacefully for their their right of liberation from the clutches of India.

Buladi said the Kashmiris have been deprived of all means of communications. 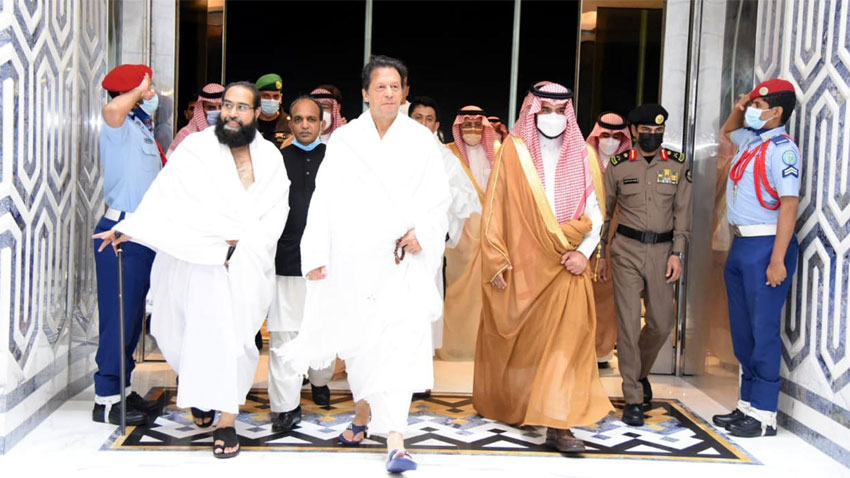 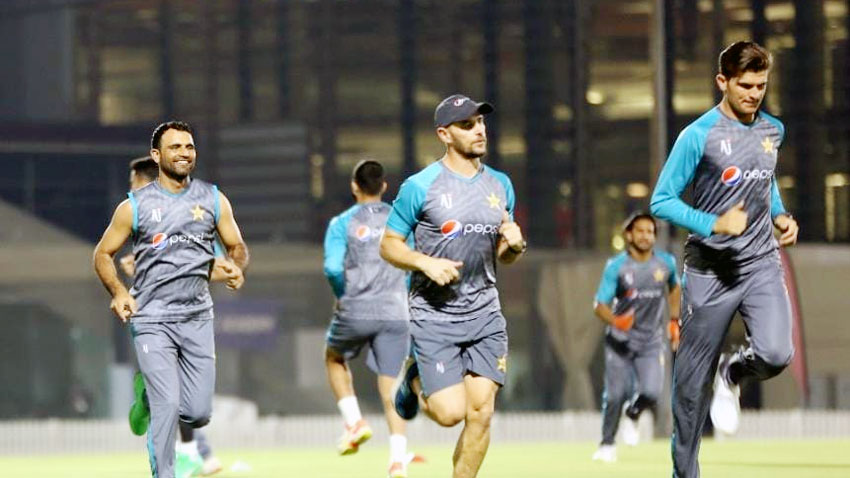 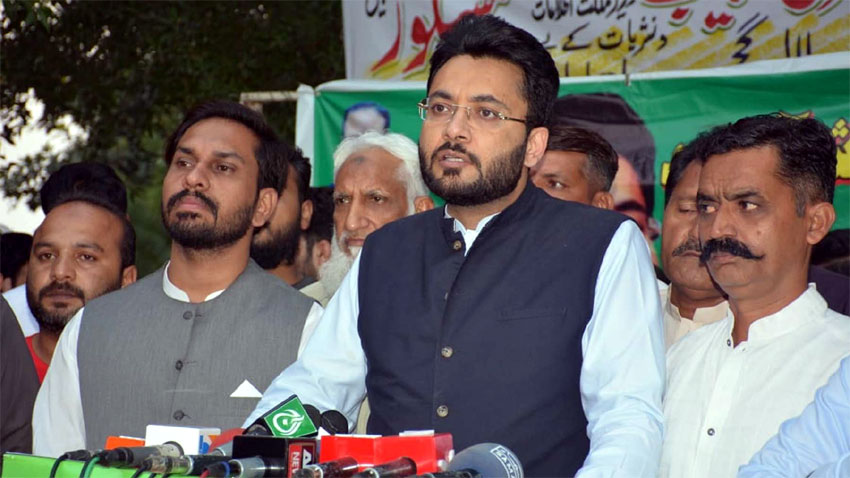