The relief and rescue operation continues at the site of plane crash in Karachi near the airport where Karachi bound flight from Lahore PK-8303 crashed this afternoon.

Around one hundred passengers and crew members were on-board.

The rescue operation is being conducted jointly by personnel of Pak Army, Rangers and civil administration while fire tenders of Pakistan Navy are also at the site. Air Force is also rendering services for the relief and rescue operation in the area.

As per the initial reports, the plane had developed some technical fault before landing that caused the crash, however, the actual cause will be ascertained after the thorough investigation.

The President of Bank of Punjab Zafar Masood, who was a passenger of the ill-fated plane, has survived miraculously and is being treated at a private hospital.

Meanwhile, PIA has activated its emergency call centre while all the operational staff has been called for duty.

Pakistan Civil Aviation Authority has also established a helpline to be functional round the clock keeping updated the family members and relatives of the PK8303 passengers.

Sindh Government has declared emergency at all the hospitals of Karachi to accommodate and provide the best medical care to the affectees of the incident.

Army Urban Search and Rescue Team with special equipment and rescue specialists have been flown from Rawalpindi through a special C130 flight to speed up relief and rescue efforts at plane crash site in Karachi.

According to ISPR, ten fire tenders employed at the site have extinguished the fire. Military ambulances are busy in rescuing injured and providing necessary medical care.

The Corps Commander took an overview of the relief activities on site.

On the directions of Army Chief General Qamar Javed Bajwa, troops of Pakistan Army and Rangers are at the forefront of assistance activities. 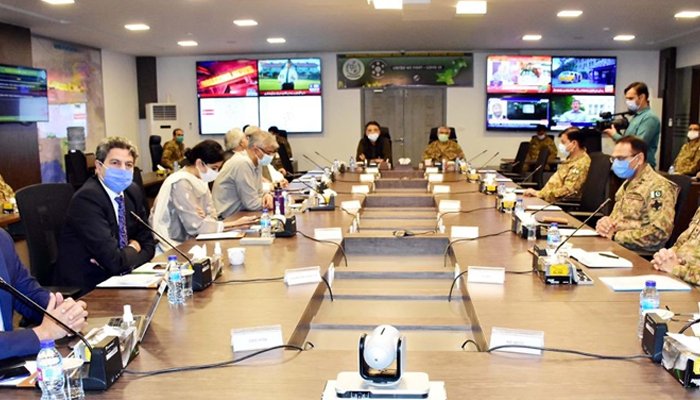