Pakistan has exclusive rights on western rivers under IWT: Faisal Pakistan has emphatically stated that any attempt by India to divert the flow of Western rivers will be considered an act of aggression and it has the right to respond.

The spokesperson said Pakistan has exclusive rights on the waters of three western rivers under the Indus Water Treaty.

Muhammad Faisal said that such statements coming from the Indian leadership are another glaring example of the fact that Modi government is bent upon making India an irresponsible aggressor state that has no regard for human rights and international obligations. He said such statements should be an eye opener for the world which must realize the extremist government of Modi is a clear threat to peace in South Asia and the World.

Condemning Indian blatant human rights violations in Occupied Kashmir, the spokesperson said the humanitarian nightmare in the held valley is worsening with continued military lockdown and complete communications blockade. This, he said, risks lives of people there. He said eight million people in occupied Kashmir remain cut off from the rest of the world. He said these inhumane and unilateral actions by India are continuing in spite of international condemnation. He said India, in a state of panic and in the face of international criticism, is falsely trying to claim normalcy whilst continuing with gross human rights violations in the valley.

He said the revocation of special status of occupied Kashmir has pushed India into the blind alley and it is not finding way to come out of this situation. He said the world leaders today are demanding the resolution of this festering dispute.  He said resolution of the dispute lies in the plebiscite as per the UN Security Council resolutions.

About Kartarpur corridor, the spokesperson said Pakistan has almost completed work on the corridor.

Responding to a question about the visit of Turkish President Recep Tayyip Erdogan, the spokesperson said Pakistan and Turkey have deep brotherly ties and both the countries maintain regular leadership level contacts. He said the visit of the Turkish President has been postponed for the time being and it will be rescheduled.

To a question, Dr Muhammad Faisal said Turkey has remained a victim of terrorism for a long time and we need to recognize its legitimate security concerns in the region. He said the Prime Minister called the Turkish President and reiterated Pakistan's support and solidarity with Turkey.

He said Pakistan continues to support the territorial integrity of Syria and hopes a political solution to the Syrian conflict will be reached at the earliest. Pakistan to have its own big medical/electromagnetic industry in 3 years: Fawad 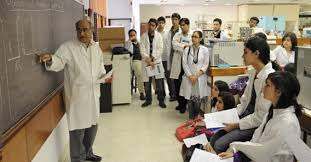 Govt has made tangible progress in its manifesto commitments: FM