The Organization of Islamic Cooperation has expressed its total rejection of the Israeli prime minister’s pre-election pledge to annex part of the occupied West Bank.

Following an emergency meeting of the Council of Foreign Ministers of the member states of OIC in Jeddah, the OIC expressed its total rejection and strong condemnation of Israeli Prime Minister’s declaration, to annex the Jordan Valley in the occupied West Bank if re-elected in polls to be held on Tuesday (September 17, 2019). 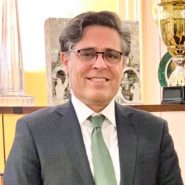