Iran has denied US accusation that the Islamic Republic is playing a destabilizing role in the region.

According to Iranian media US Secretary of State Mr Tillerson said that Iran is carrying out destabilizing actions by supporting Hezbollah in Lebanon, supplying missiles to Houthi forces in Yemen and sending weapons and militia fighters to Syria.

Speaking at a joint press conference with the European Union (EU)’s foreign policy chief Federica Mogherini in Brussels on Tuesday, Tillerson accused Iran of carrying out a number of “destabilizing actions in the region.”

“These issues and activities of Iran cannot be ignored and cannot go unanswered, and we intend to continue to take action to ensure Iran understands this is not acceptable to us, and we look forward to working with European partners in that regard as well,” he said.

Reacting to the allegations, Iranian Foreign Ministry spokesman Bahram Qassemi said, “Repeating baseless and false allegations would not help make up for the strategic and big mistakes made by the US vis-à-vis Iran and the region over the past decades,” he said.

“Leveling accusations against other countries would be no cure for the pains as well as deep and old scars left form America’s aggressive policies and excessive demands in the region,” he added.

Qassemi also advised Tillerson to develop a better understanding of the realities on the ground and the region’s history as well as the negative impact of US policies there before expressing his views and making judgements. At least 4 killed, 5 injured in suicide attack in Somalia 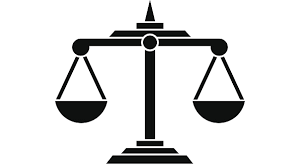