Defence and Martyrs Day was observed today (Friday) to pay tributes to the martyrs and ghazis and reaffirm commitment to defend the motherland against all threats.

It was on this day in 1965 that the Indian forces crossed international border in the darkness of night to attack Pakistan but the nation foiled nefarious designs of the enemy.

The Defence and Martyrs Day was also observed as Kashmir Solidarity Day to reaffirm the support of Pakistani nation to the oppressed people of occupied Kashmir who have been under lockdown for over a month now.

Special prayers were offered after Fajr prayer in mosques for the progress and prosperity of the country and independence of occupied Kashmir from the cruel clutches of India.

A special ceremony was held at Mazar-e-Iqbal in Lahore this morning on the eve of Defence and Martyrs Day.

A smartly turned out contingent of Pakistan Army presented guard of honour.

A change of guard ceremony was at held at mausoleum of Quaid-i-Azam Muhammad Ali Jinnah in Karachi in the morning.

Message from Dr. Arif Alvi, President Islamic Republic of Pakistan, on the occasion of Defence and Martyrs Day

September 6 dawns every year with remembrance of national spirit and for renewal of our resolve to lay down our lives for our beloved motherland. 54 years ago, our valiant Armed Forces, standing shoulder-to-shoulder with the nation, immortalized this day as a symbol of courage, bravery, sacrifice and national integrity by thwarting the evil designs of the enemy. Inspired by those proud moments, we have successfully confronted various internal challenges and defeated external conspiracies and by imbibing us with the passion for self-sufficiency, September Spirit has made our independence and sovereignty invincible. I am proud that in addition to being fully modernized, our Armed Forces are imbued with the spirit of patriotism and sacrifice and are capable of defeating any internal and external adventurism. The world has already witnessed their capabilities in February this year, when they effectively and swiftly responded to Indian intrusion and made it clear to the world that their hearts are still charged with September Spirit and they will go to any extent to safeguard the freedom, integrity and sovereignty of the motherland. On this Defense and Martyrs Day, we reiterate solidarity with our Kashmiri brethren and renew our resolve that we will continue to support their right to self-determination. We will continue raising their just struggle for freedom at all levels and platforms. Indian brutalities and cruelties cannot suppress their spirit of freedom. Undoubtedly, Occupied Jammu & Kashmir is an internationally recognized disputed territory. There are many Security Council Resolutions on Kashmir dispute and it should be resolved according to those resolutions. Therefore, Indian unilateral actions in this regard have no significance and we do not accept these fascist actions. In this regard, the serious notice by Security Council of Indian barbarism in Occupied Jammu & Kashmir is a reflection of this fact. Surely, the world has realized that this conflict is the biggest danger to the world peace. Pakistan is a peaceful nation and has rendered enormous sacrifices for world peace. We are desirous of friendly relations with all our neighbors. Moreover, sustainable peace in Afghanistan is our biggest desire and for this we fully support the ongoing reconciliation efforts. Today, apart from external threats, Pakistan is also facing various internal challenges. Remember, strong economy and economic prosperity alone can guarantee a prosperous Pakistan. We will eradicate poverty and deprivation from the country by strengthening our economy with the same determination and endurance, with which we fought against terrorism and responded to the foreign aggression. In the end, I would like to reiterate that the spirit of safeguarding the motherland should not be restricted to 6 September alone; rather we should incorporate this passion in our everyday life. Along with paying tribute to our martyrs and war veterans, let us renew our resolve that, following in their footsteps, we will not leave any stone unturned for the realization of right to self-determination of Kashmiris and for progress, prosperity and stability of Pakistan. Pakistan Armed Forces Zindabad! Pakistan Paindabad!

Message from Imran Khan, Prime Minister Islamic Republic of Pakistan, on the occasion of Defence and Martyrs Day

6 September, the defence day of Pakistan, stands out in the history of Pakistan as a symbol of enduring display of unity, indomitable courage and unmatched sacrifices by our gallant soldiers who, on this day, years ago, proved to the world that the country’s defence is unassailable and the valiant armed forces are ever ready to defend every inch of the motherland. In the 1965 war, the valour of our Armed Forces and the spirit of our people presented a true picture of oneness and coordination, discipline and perseverance. Both the people and the men in uniform proved that it’s not the size that matters but what matters the most is the courage and devotion to duty. My compliments to the brave forces who have ensured the safety and security of the motherland in all testing times. They have offered exemplary sacrifices in the pursuance of peace. Our shuhada and ghazis are our heroes and the nation owes them gratitude and respect. I salute the gallant sons of soil who laid down their lives while defending Pakistan, and pay respect to their families for unparalleled sacrifices they rendered for our tomorrow. Today we are facing a similar situation; the enemy is once again showing aggressive postures on the Line of Control, it has unleashed reign of terror on innocent and unarmed people of the Occupied Valley after changing the status of Kashmir by abolishing Articles 370 and 35-A in violation of the UN Charter. For Pakistan, Kashmir stands as its jugular vein. Altering its status poses challenges to Pakistan’s security and integrity. The fascist government is hell bent upon suppressing the Kashmiri people’s just struggle against India’s illegitimate occupation, denying them their right to self-determination permissible under the UN Resolutions. Besides, Muslims across India face detention camps and cancellation of citizenship because of the Hindutva ideology. I have called upon the world community to take note of the doctrine of hate and genocide and push India to stop it forthwith. I have also urged upon the international community to seriously consider the safety and security of India’s nuclear arsenal that is in the control of a racist and Hindu supremacist government; this is an issue that impacts not just the South Asian region but the whole world. Pakistan has launched a proactive diplomatic activity in the world capitals as well as in the UN to expose the true face of today’s radicalized India. On our part we as a nation are fully alive to any kind of misadventure by the enemy and will respond. Together we all, the Armed Forces, the Pakistani nation, the political leadership, both the houses of Parliament, the mainstream and social media all are in one voice against India’s illegal, unilateral, reckless and coercive attempt to alter the disputed status of Indian occupied Kashmir. I have informed the world that Pakistan does not want war, but at the same time, Pakistan cannot remain oblivious to the challenges posed to its security and integrity. We are prepared to give the enemy the fullest possible response. Failing, the world community will be responsible for the catastrophic aftermath. We will never leave our Kashmiri brethren alone, come what may; we will continue our moral, political and diplomatic support for their inalienable right to self-determination within the framework of UN resolutions. I have full confidence in our valiant armed forces which are capable enough of giving befitting response to any kind of aggression by the enemy. We have already displayed a very high standard of professionalism in the recent past and we will continue to do so when challenged. While remembering today the 1965 War heroes, we pay homage to our shuhada and ghazis and draw inspiration from their iconic acts of valour and sacrifices. Under the same September Spirit, the nation and the Armed Forces are determined to defend every inch of Motherland and safeguard the security and sovereignty of Pakistan at all costs. Pakistan Armed Forces Zindabad Pakistan Paindabad

6th of September is a milestone in the annals of our history. It reminds us of the indomitable courage and unprecedented sacrifices rendered by our Armed Forces for the defence of the sacred frontiers of this Motherland. We hold in great esteem the bravery of our warriors and are profoundly indebted to all SHUHADA and GHAZIS for carving a niche in the history of Pakistan. They are the real heroes and the entire nation pays huge respect to them and their families. Pakistan is a peaceful and responsible nuclear state. It harbours no aggressive ambition. However, its armed forces are fully capable of defeating any kind of adventurism from external or internal elements. They can go to any extent in defending their motherland, its integrity and independence. The world has witnessed one such exemplary display of its professional excellence in the recent past. While celebrating the triumphant days of 1965 war, we stand today by our Kashmiri brethren. The unilateral Indian action cannot suppress their just and indigenous struggle for self determination. Indian Occupied Kashmir is a disputed territory, recognized under the UN Security Council's resolutions. Therefore, any kind of unilateral action on India's part is of no significance. Any kind of miscalculation can put South Asian region at risk and the whole world's peace endangered. In the end, let us make a firm commitment that we will all learn from the spirit, valour and discipline of the heroes of 1965, and put in our sincere efforts to build a stronger, progressive and prosperous Pakistan. Pakistan Armed Forces Zindabad Pakistan, Paindabad. 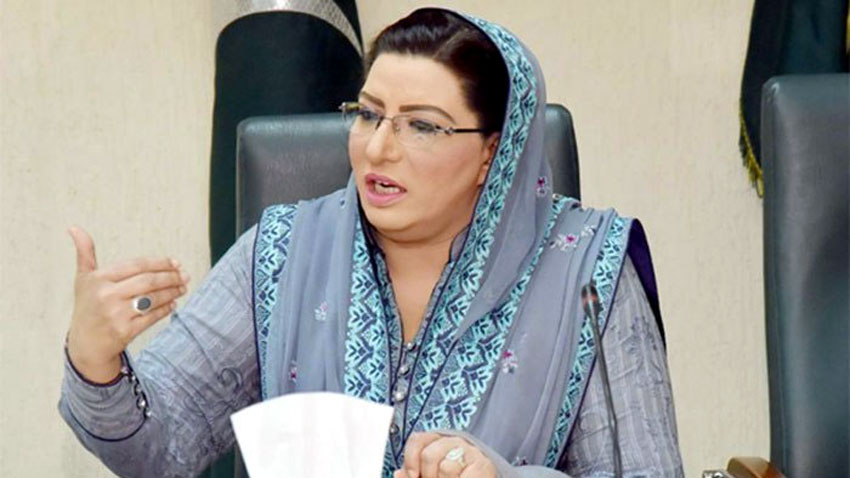