Radio Pakistan has brought great honour for the country by sharing first position in the world radio contest 2019 held in Paris, France.

The contest was organized by European Radio and Digital Audio Show Paris in collaboration with UNESCO in connection with the world radio day 2019.

Radio stations from all over the world were invited to participate in the contest. Radio Pakistan shared first position with Children International Youth Reporters Zambia. The BIRSt Radio- Bournemouth University United Kingdom got second position in the contest.

The programme "Rabtta" produced and broadcast by Radio Pakistan's Islamabad station on the world radio day theme " Radio: a vehicle for dialogue, tolerance and peace" was presented in the contest.

Secretary Information and Broadcasting and Director General Pakistan Broadcasting Corporation Shafqat Jalil has congratulated the Radio Pakistan Islamabad Station Director Muhammad Fiaz Kiani and the whole production team on wining the international contest. He expressed the confidence that Radio Pakistan professionals will continue to work with the same dedication and spirit to improve the image of the organization at national and international level.

The Executive Producer of the prize winning program was Riffat Qayyum while Producers Shahid Afraz Khan, Jarullah and Ali Farooqi were the members of the production team. Amina Saleem Siddiqui was host of the programme. One soldier martyred, two injured in terrorist attack in Mach 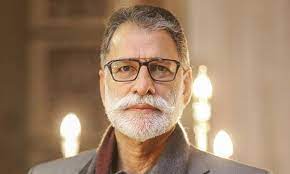