The delegation headed by the Prime Minister is telling true stories about the damages done by the floods in Pakistan. The Prime Minister held fruitful meetings with world leadership in this regards. 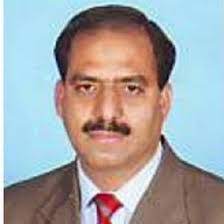 The meeting of Prime Minister with the CEO of Bill & Melinda Gates Foundation and Microsoft has just started and definitely some support for the flood victims in Pakistan is also expected by Bill Gates. An exhibition is arranged in the UN General Assembly for the first time of Pakistan floods and devastation. The Prime Minister held an important meeting with the UN General Secretary on the sidelines of the UNGA session. The delegation headed by the Prime Minister is telling true stories about the damages done by the floods in Pakistan, Security outlook, moderate outlook and the situation in Indian Illegally Occupied Jammu and Kashmir. The Prime Minister held fruitful meetings with MD IMF and President World Bank yesterday. The UN session is taking place at the time when Pakistan is confronting certain challenges including flood devastation, economic issues and others. The Prime Minister will address the UN General Assembly tomorrow and will attract the world's attention on the flood situation in the country and the Kashmir issue. Then there is going to be a powerful demonstration by the Pakistani and Kashmiri diaspora on 24th September at the time when the Indian delegation will address the UN general Assembly session.