The US should immediately release legit funds of Afghanistan 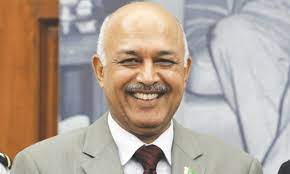 Lt. Gen. (Retd.) Asif Yasin Malik (Defense Analyst): Economic crisis in Afghanistan is not a new thing. It dates back to more than two decades ago due to war and anarchy. Afghan economy is not in a state to shape even the daily requirements of the country. The problem with the UN funding is that a large part of it is spent on bureaucracy of the world body. The assets frozen by the US belong to Afghanistan. The US should immediately release the legit funds of Afghanistan as Afghan people have no fault in defeat of US and its allies in Afghan war. Winters in Afghanistan are formidable and some areas are usually cut off from the mainstream. The sooner the international aid arrives in Afghanistan, the better it will be for people of the war torn country.