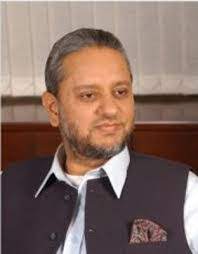 Sardar Attique Ahmed Khan (Former Prime Minister AJK): India is habitual of spreading false propaganda to malign Pakistan at the international front. India has failed to conduct free and fair elections in IIOJ&K. India is not morally in a position to raise questions on free and transparent elections in AJK. The people of Kashmir would never accept India's false accusations against Pakistan. The situation in AJK is very different from the situation in IIOJ&K because the people in AJK are free to lead their lives. The people of AJK have warmly celebrated the election results. India is playing blame games to hide its failures in IIOJ&K. The New Delhi government has been committing the worst brutalities in IIOJ&K for last over seven decades. The political and security situation in AJK cannot be equated with that of IIOJ&K.