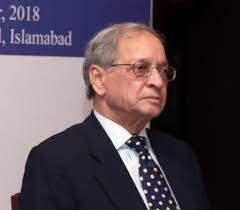 Ali Sarwar Naqvi (Former Ambassador): Pakistan and Kingdom of Saudi Arabia enjoy deep historical and religious ties. Both countries are time tested friends. Pakistan has diverse bilateral ties with Saudi Arabia covering many fields. The forthcoming visit of Prime Minister Imran to Saudi Arabia would further strengthen ties between two brotherly countries. The expected trade agreement between Pakistan and KSA would bring positive impact on our economy. There is a dire need to further increase the volume of trade with Saudi Arabia. The crown prince of Saudi Arabia and Prime Minister Imran khan both believe in economic cooperation and development through use of information technology. A large number of Pakistani diaspora is playing a positive role in the development of Saudi Arabia. Pakistan is playing a positive role to defuse tensions between Riyadh and Tehran. Pakistan has also played an important role in bridging the gaps between Saudi Arabia and Qatar.