Pakistan-Iran relations are rooted in historical linkages, and based on religious and spiritual affiliation 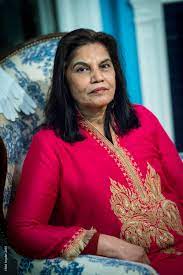 Fauzia Nasreen (Former Ambassador):  Pakistan should enhance its trade volume and economic relations with Iran. Iran and Pakistan are working together at expert level to improve road and rail connectivity. Pakistan-Iran bilateral relations are rooted in historical linkages and based on religious, linguistic, cultural linkages and spiritual affiliation.  Relations between the countries have by and large remained positive. Iran was the first country to recognize Pakistan after independence. After the 1979 Islamic Revolution of Iran, Pakistan was one of the first countries to recognize the new dispensation. The two countries have supported each other at critical junctures in their history.