Chairman of the High Council for National Reconciliation of Afghanistan Dr Abdullah Abdullah has commended conciliatory and sincere efforts being made by Pakistan to take the Afghan peace process to logical conclusion.

He was talking to Foreign Minister Shah Mahmood Qureshi in Islamabad on Monday.

Dr Abdullah Abdullah expressed his gratitude to Pakistani leadership over its role in the Afghan peace process.

The Foreign Minister said Pakistan, as a shared responsibility, has been playing the role of facilitator in the Afghan peace process.

Shah Mahmood Qureshi said the US-Taliban peace agreement and later the intra afghan dialogue held in Doha have raised the prospects of durable peace in Afghanistan. He said the Afghan leadership should seize this historic opportunity and undertake serious efforts to take the Afghan peace process to logical conclusion.

He said we will also have to keep an eye on the spoilers who do not want peace and stability in the region.

The Foreign Minister said the international community will have to come forward for the reconstruction and economic stability of Afghanistan.

The Foreign Minister said Pakistan respects the territorial integrity and sovereignty of Afghanistan, and wants to develop strong economic cooperation with the neighboring country. 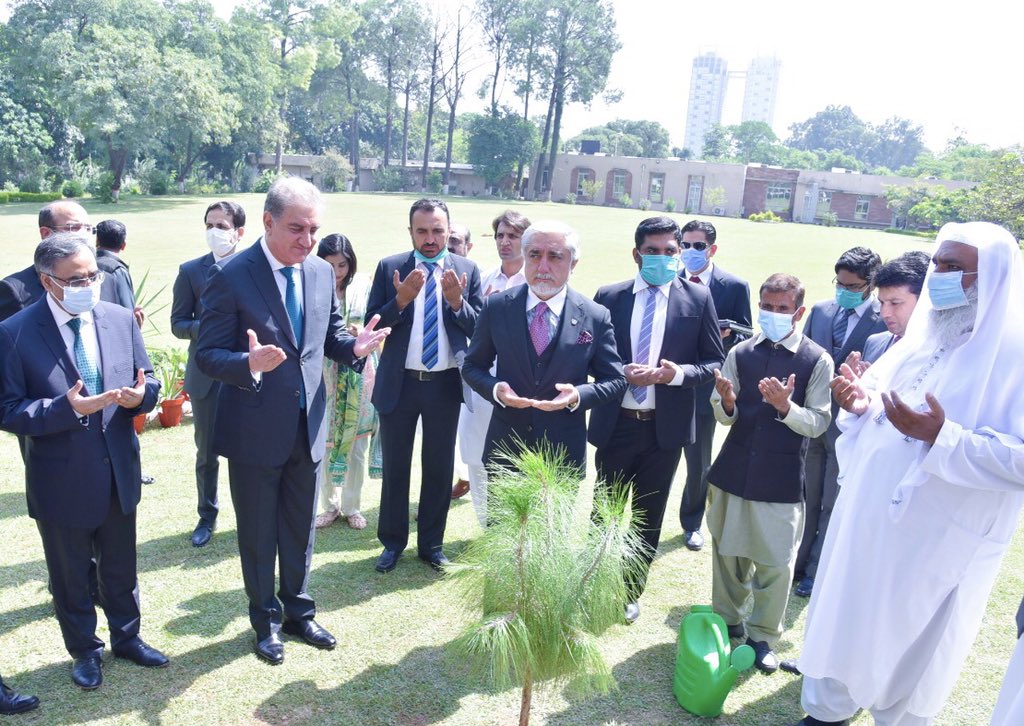 He was addressing a news conference, after meeting with Chairman of the High Council for National Reconciliation of Afghanistan Dr Abdullah Abdullah in Islamabad on Monday.

The Foreign Minister said Pakistan wants new beginning of relationship with Afghanistan to promote bilateral trade and regional connectivity and Prime Minister's Advisor on Commerce Abdul Razak Dawood will soon visit Afghanistan in this regard.

He also thanked the visiting delegation of Afghanistan led by Abdullah Abdullah to promote bilateral relations.