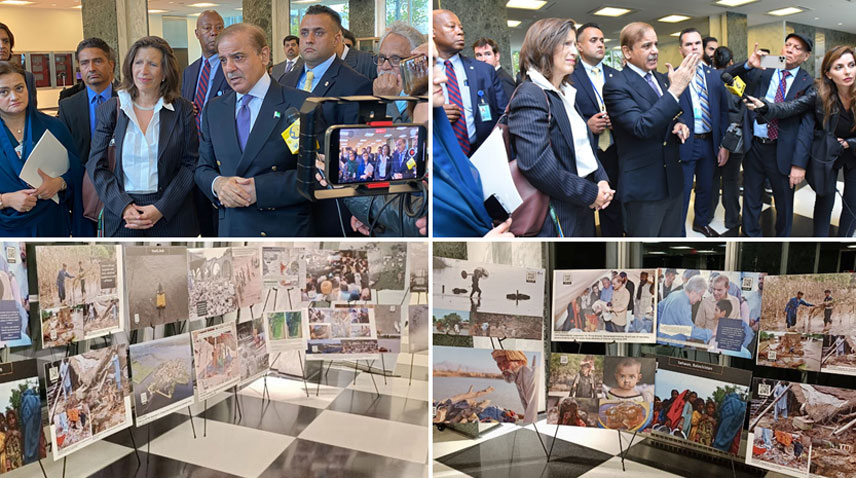 Under-Secretary-General for Global Communications Melissa Fleming has pledged to continue to advocate loud for massive financial support and climate justice to Pakistan.

She was talking to media along with Prime Minister Shehbaz Sharif, and Minister for Information and Broadcasting Marriyum Aurangzeb during her visit to the photo exhibition organized by Pakistan on the sidelines of the 77th session of the United Nations General Assembly in New York.

She stressed that the world community should take immediate action on climate change and it shouldn't abandon the countries that are not in fault in this regard and suffering the most.

Speaking on the occasion, Prime Minister Shehbaz Sharif said according to preliminary estimates recent flooding has incurred over 30 billion dollar loss to the weak economy of our country.

He expressing satisfaction over the voice raised by Secretary General Antonio Guterres for helping flood affected people. The Prime Minister said Secretary General has also pledged to arrange a conference of donors for Pakistan's economic support. He said the conference will be held in New York or Europe.