Special Assistant to Prime Minister on Climate Change, Malik Amin Aslam has said that government under the leadership of Prime Minister Imran Khan has taken several initiatives to provide long-term environmental benefits to the country.

Speaking at a ceremony in Islamabad, he said a web portal has also been established to highlight performance of each city, district and union council and also to ensure check and balance.

Malik Amin Aslam said the Ministry of Climate Change will hold a competition among different cities of the country under Clean Green Index soon to gauge performance on the basis of their baseline data.

He said initially nineteen different cities have been selected for the competition as relevant authorities would share their baseline data regularly on portal which would be gauged and ultimately the cities would be rewarded. Eight Trauma centers to be set up across Attock: Zulfikar Bukhari 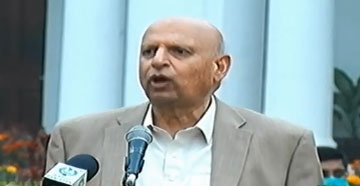