China has launched its third and most advanced aircraft carrier named "Fujian," from Shanghai's Jiangnan Shipyard, with new combat systems.

It uses electromagnetic catapults and arresting devices to enable planes to take off and land on its deck.

The aircraft will allow China to launch a wider variety of aircraft from the Fujian faster and with more ammunition. Instagram is testing a way to turn video posts into Reels First Solar Eclipse of 2022 will not be visible from Pakistan: PMD 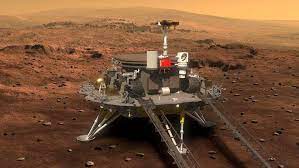 China releases video of Zhurong rover trundling across the Mars