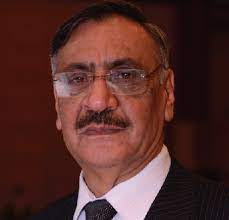 Brig. (Retd.) Mehmood Shah (Defense Analyst): Pakistan is probably the only country in the world that has defeated the menace of terrorism successfully. The world acknowledges the efforts of Pakistan in this regard. This is a case study for other countries to follow that how Pakistan tactfully defeated terrorism. The low intensity operations are still going on in the country to wipe out terrorism from its roots. However, some terror incidents still occur unfortunately. I am hopeful that Pakistani forces are very professional and capable to root out terrorism completely from the country. The tragic incident that occurred today in the District Asman Manza area of South Waziristan is highly condemnable in which our seven soldiers embraced martyrdom. The sponsors of these coward terrorists are no more in Afghanistan and the terrorists are taking their last breath. Some anti-Pakistan elements within the country are making propaganda to defame our forces but the nation is united against these elements and has completely rejected them. With the help of Allah Almighty, Pakistan will get rid of these elements soon.