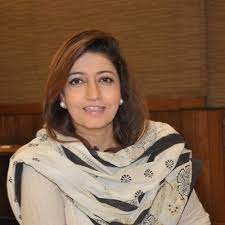 Dr. Huma Baqai (IR Expert): Shanghai Cooperation Organization is gradually gaining importance as an important regional forum. Certain issues including bilateral relations, economic ties, and ways to combat terrorism and extremism will be addressed in the meeting. Initially, Pakistan and India were observers of this organization but have now become the permanent members of SCO. After the withdrawal of NATO troops from Afghanistan, there are new trajectories in the region. The recent telephonic communication between the Russian President and Prime Minister Imran Khan on Afghan situation is a positive development. Pakistan has consistently tried to strengthen its relations with Russia and now Moscow is reciprocating. At this point of time, Pakistan is pursuing its foreign policy on two main pillars of connectivity and balance. Prime Minister Imran Khan will pay a two-day official visit to attend 20th SCO's Heads of State Summit in Dushanbe and will have bilateral meetings with other world leaders on the sidelines. The Afghan Taliban after taking complete control of Afghanistan have assured the international community that they would comply with international norms. Pakistan, China, Russia, Iran and Turkey have chosen to engage with Afghan Taliban so that Afghanistan does not become a hub of terrorism once again.