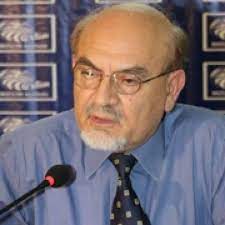 Lt Gen (Retd) Raza Muhammad Khan (Defense Analyst): US Secretary of State in a statement has stated that the Pak-US relations will depend on the situation and developments in Afghanistan. In my opinion, the statement is completely irresponsible as bilateral relations are dependent on the situation of another country. In the United States, Republicans are blaming Democrats and Vice versa for humiliating defeat of United States in Afghanistan. The American think tanks also admitted that Afghan war was the big mistake. The previous Afghan regime being under the influence of India always blamed Pakistan, whereas the world is well aware of the fact that peaceful and stable Afghanistan is in the best national interest of Islamabad. There is a need to make joint efforts to combat terrorism from the world rather than blaming each other. The presence of ISIS in Afghanistan is a big threat not only to Afghanistan but to the neighboring countries and even to the world as well. The world must realize that if there is anarchy and chaos in Afghanistan then it will again become the hub of terrorism.