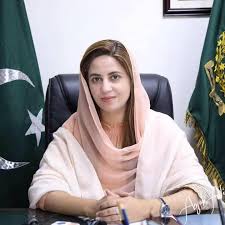 Zartaj Gul (Minister of State for Climate Change):Launching of PM's Tiger Force portal is a key achievement of the PTI government. Prime Minister Imran Khan is committed to involve the youth in national policies and their implementations. Tiger Force will contribute to the national causes. All the volunteers are registered with the national portal. It is a force of the people who want to own their city, constitution and streets. They will help the democratic government in implementing the national policies in times of difficulty. It is a non-political and non-remunerated force. It is a group of youngsters who want to help the government in implementing various projects. It is an effective way to utilize the energetic and active youth in constructive activities. It is also an opportunity for the youth to serve their country by assisting the local authorities. NAB is an independent institution and the incumbent government believes in transparent accountability across the board. The PTI leaders are open to any criticism.