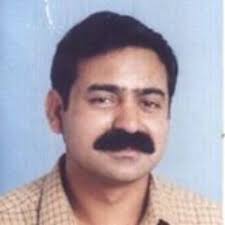 Dr. A. Z. Hilali (IR Expert): International media has exposed India’s state sponsored terrorism. India is pursuing offensive diplomacy against Pakistan. New Delhi has failed at the international front as far as diplomacy is concerned, whereas Pakistan has successfully achieved its diplomatic goals. Islamabad has highlighted the Kashmir issue and exposed Indian brutalities in IIOJ&K. The world has acknowledged Pakistan's stance that the Kashmir issue must be resolved in accordance with the UN resolutions. Indian political and military leadership is habitual of propagating falsehood against Pakistan. India's baseless allegations against Pakistan indicate its frustration. The incumbent government has precisely given a true picture of RAW and RSS to the world. Pakistan has also exposed Indian atrocities and brutalities in the held valley. The Indian fascist government is treating Muslims with utmost humiliation. The Muslims in India are living under continuous threat and uncertainty. India must set aside its rigidity and realize that any confrontation between two nuclear states can bring catastrophic results.