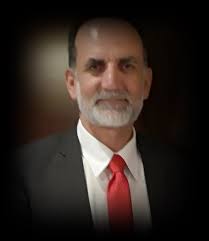 Dr. Zahid Anwar Khan (IR Expert): Indian claims itself as world's largest democratic state where the reality is totally against it. The human rights violations and atrocities in Indian Illegally Occupied Jammu and Kashmir negates the Indian claim. The Kashmiris are not being provided their right to self-determination. The minorities are not safe and are not being given the religious freedom in so-called democratic country. India is involved in state terrorism in IIOJ&K and young Kashmiris are the main targets of the Indian forces. However, India cannot suppress the indigenous movement of Kashmiris from their fundamental right of deciding for their future. If India continues its cruel policies in IIOJ&K it definitely will have response from the Kashmiris. India could not be able to blame Pakistan for supporting freedom fighters.