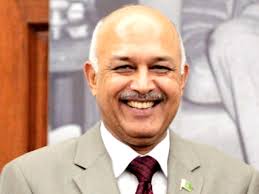 Lieutenant General, retired, Asif Yaseen Malik (Former Defense Secretary):  The policies being pursued by Modi-led BJP government in India are posing threat not only to Muslims, but to the entire region. The cases of rape, targeted killing of Muslims and massive human rights violations have increased manifold during the current regime of Narendra Modi.  Unfortunately, the global community, including European Union and the United States, has kept mum over massive human rights violations in Indian Illegally Occupied and Kashmir due to their strategic gains. Modi regime wants to divert attention of the world from its internal crises through cheap tactics. The genie of Indian supremacy is back into the bottle. India's deteriorating relations with its neighbors indicates India's failed diplomacy and its irresponsible attitude towards regional peace and security.