India is abetting and sponsoring terrorism against Pakistan, which should be condemned in strongest possible terms: 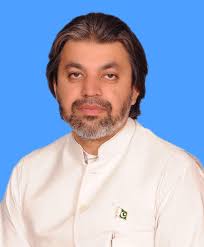 Ali Muhammad Khan (Minister of State for Parliamentary Affairs): Security forces saved Pakistan from any major misadventure and loss by giving swift response to terrorists at Pakistan Stock Exchange’s compound in Karachi yesterday. Prime Minister Imran Khan has appreciated the vigilance and bravery of the security personnel, who lost their lives while thwarting the attack on the Pakistan Stock Exchange’s building. Islamabad is not oblivious of malicious agenda being pursued by BJP-led fascist regime to destabilize Pakistan. India’s fascist government cannot bear existence of non-Hindus on its territory. Minorities in India are living under constant fear and threat.  Our stance is categorically clear that India is abetting and sponsoring terrorism against Pakistan, which should be condemned in strongest possible terms. Islamabad condemns terrorism in all its forms and manifestations.