Pakistan is making efforts to de-escalate tension in Middle East: 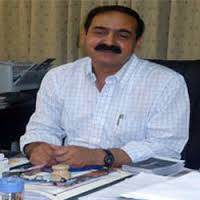 Pakistan is willing to mediate in Middle East region to defuse the tensions. The United States seems to be in state of isolation as far as Iran issue is concerned. The European Union and other world powers are also intimating the United States that its policies will further worsen the regional situation. Pakistan has a clear stance that war is not the solution to any issue and not to be the part of any war anymore as it has already suffered badly in war against terror. Pakistan is making efforts at diplomatic level to bring the situation towards normalcy. Pakistan is always ready to play its role in order to defuse the ongoing tension among Gulf countries and United States.