Pakistan has emerged as a significant country of the region and leader of the Muslim world: 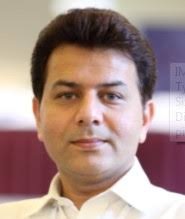 Abdullah Gul (Defense Analyst): Pakistan has always endorsed every initiative taken for regional peace and de-escalate tension between hostile countries which are at the verge of war. It is appreciable that Pakistani political leadership realizes the catastrophic consequences of conflict as we have witnessed the damages of war. Incumbent government is doing its best to highlight the Kashmir issue at international front. This is an era of economic development and war is not  the appropriate solution of any dispute. Pakistan has emerged as a significant country of the region and leader of the Muslim world. Pakistan has clear stance that Islamabad would not become part of any conflict. Pakistan is a responsible nuclear state and believes in resolving every dispute through negotiations. Pakistan's desire for peace should not be taken as our weakness as our security forces are capable enough to give befitted response to any misadventure. India is the real terrorist state in the region. It is high time for the international community to acknowledge Pakistan's efforts for global peace.