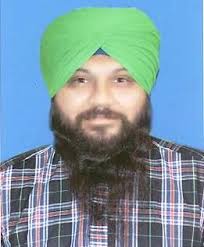 Mahindar Pal Singh (Member Punjab Assembly, PTI): There is no alternative of the gift that Prime Minister Imran Khan is giving to Sikh community. Even India could not give such gifts to Sikhs. When Governor Punjab Chaudhary Sarwar came to Kartarpur on 1st Nov, the Sikh community were having no words to thank the government and were having tears of joy in their eyes. Sikh community is so happy that it is willing to do everything for Pakistan and are even ready to die for the country. The weather in Kartarpur is very pleasant at the moment. The soft image of Pakistan has been promoted in front of the world whereas India is continuously been criticized for its atrocities in Held Kashmir. India will have to face consequence for what it is doing with Indian minorities and innocent people of Held Kashmir.