China stands with the narrative of Pakistan on Kashmir issue 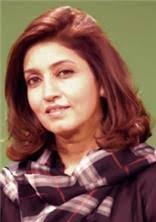 Before the visit of PM Imran Khan to China, a general perception was building that development on CPEC has slowed down but China itself made it clear that there is no slowdown of CPEC. China is working very closely with Pakistan government and has also identified key areas to promote CPEC including special economic zones under CPEC. As far as Kashmir issue is concerned Chinese President categorically stated that China stands with the narrative of Pakistan on Kashmir issue. The US presidential candidate has also expressed concerns over prevailing situation in Held Kashmir. China's stand on this issue is vital as regional peace and stability is also in the best interest of China for the success of Belt and Road Initiative.