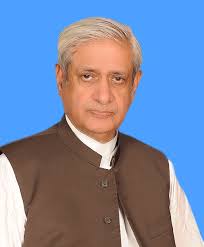 Pakistan is committed to expose atrocities and brutalities committed by Indian troops in Indian Occupied Kashmir at every international fora. The situation in Kashmir is alarming as people have no access to food, medicines and basic remedies of life. It is diplomatic victory of Pakistan that International community has taken notice of Indian atrocities in Indian Occupied Kashmir. International media have also exposed human rights violations committed by Indian troops in Indian Occupied Kashmir.  UNSC’s informal consultation on Jammu & Kashmir after an interregnum of 50 years is a major development and diplomatic victory of Pakistan. The United Nations and global human rights organizations have shown serious concern over round-the-clock curfew, information blockage, arbitrary arrests, and violent and lethal suppression of protests in Occupied Kashmir. India should realize that Kashmir is an international issue and humanitarian crisis in the held valley are matter of great concern for the entire world. Prime Minister Imran Khan has declared that he will strongly propound Kashmir’s cause in his address to the UN General Assembly and in his meetings with other heads of state and government.