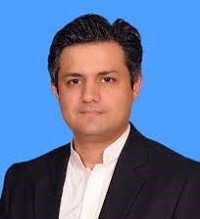 The budget presented today is based on prudent economic policies pursued by the PTI-led government. The government has eliminated the duties on raw material and other items, which is positive development. We have also brought certain sectors into tax network that were not in the tax system before. Standard Sales Tax has been imposed on different sectors. We have tried to impose tax on rich people and also increased wages for low-income people. The government has also allocated funds of 152 billion rupees for FATA development. A fixed tax of Rs.10,000 has been imposed on tube-wells in Balochistan. In short, we have tried to focus on areas that were ignored by the previous governments. The government has also allocated 43 billion rupees and nine packages for Karachi. The federal government will also finance certain development projects underway in Karachi.