The third and final day of the 6th Islamabad Literature Festival (ILF) drew a very large number of people since it was a Sunday.

Speaking on the occasion, the Minister said Islamabad Literature Festival has become a regular event in this city that we all look forward to with great excitement.

“I must congratulate Arshad Saeed Hussain, Managing Director, Oxford University Press (Pakistan) and his entire team for organizing the Festival so competently and bringing together so many men and women of letters as well as renowned exponents of Pakistani culture and the arts” he said.

The Minister said that they have given to the people a sense of pride in Pakistan’s literary and cultural traditions which are second to none. “As Minister for Education and Literary Heritage besides my other portfolios, I am really grateful to the Oxford University Press for having chosen Islamabad as a venue for an annual Literature Festival”, he expressed. 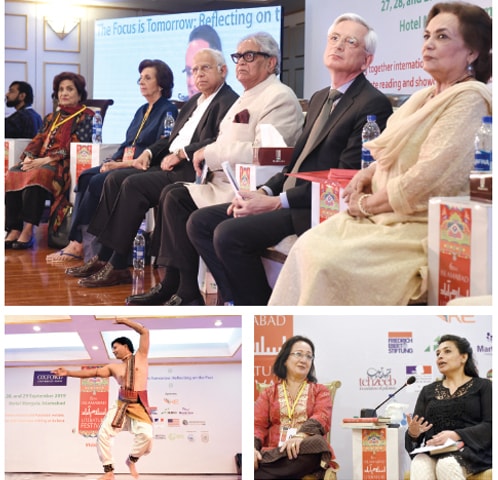 Book lovers and culture enthusiasts flocked to the Festival to learn more about the literary endeavours of Pakistani authors from all parts of the country and to experience the nation’s cultural heritage.

The day started with a discussion on ‘Pakistan's Foreign Policy Challenges’ with Talat Masood, Khurshid Mahmud Kasuri and Abdul Basit as speakers and Salma Malik as the moderator. This was followed by a panel discussion on the subject, ‘Depicting Women in Literature and Drama.’ The participants were Haseena Moin, Asghar Nadeem Syed and Shahnaz Sheikh. The moderator was Maheen Usmani.

Another popular session on the last day turned out to be ‘Shanul Haq Haqqee ki Yaad Mein’ featuring Anwar Maqsood, Fateh Muhammad Malik, Haseena Moin, and Shayan Haqqee. The panel discussion on Ishrat Husain’s book ‘Pakistan: The Economy of an Elitist State’ drew a lot of interest. Along with the author, Asad Umar, Waqar Masood Khan and Melinda Good discussed the important subject of the publication. The moderator was Sakib Sherani. In the panel discussion on ‘Pakistani Cinema: The Rise, The Fall…and the Rise again?’, a large audience turned up to eagerly hear the participants Humayun Saeed, Usman Mukhtar, Khalid Saeed Butt, Naghma Begum, Areeba Alvi and Nadeem Baig. Raju Jamil was the moderator of the session.

A great number of art enthusiasts turned up at the launch of the book ‘Radioactive Decade: An Informal Cultural History of the 1970s’. The editors of the volume Amin Gulgee and Niilofur Farrukh spoke about the book along with the art critics Aasim Akhtar, Nadia Batool and Salman Asif. Omar Shahid Hamid’s latest novel ‘The Fix’ was launched on the occasion. The session was moderated by Nadeem Farooq Paracha.

The book ‘Widows and Daughters: Gender, Kinship and Power in South Asia’ by Anna Suvorova was launched on the third day of the festival. The author along with Tahmina Aziz and Nida Kirmani held a discussion on the book which was moderated by Ilhan Niaz.

On the opening day, French Ambassador Dr Marc Barety spoke about the importance of literature and the theme of this year ‘Focusing on future reflecting on the past’.Mr Marc appreciated the organisers for making freedom, peace and understanding as the opening theme of the festival.

He also mentioned the contribution of Pakistani writer and translator Laeeq Babri in translating the works of Faiz Ahmed Faiz and Allama Iqbal into French.

Noted poet and chairman of the National Language Promotion Department Iftikhar Arif and Muneeza Shamsie, members of the ILF Advisory Board, also spoke on the occasion.

Mr Arif said he was biased in his stance and always sided with oppressed people and expected all the writers and the audience to speak about the plight of the Kashmiris.

He emphasised the importance of the indigenous culture, language and said, “no one can become universal without being rooted in local culture.

Haseena Moin and Navid Shahzad, in their keynote speeches, highlighted the decline in reading culture, quality of language and onslaught of digital technology and electronic media on all spheres of life.

On the first day, two performances proved to be huge crowd pullers.One was a classical dance performance An and Tandav (peace and understanding) by Iftikhar Masih with background singing by political activist Ammar Rasheed.

Another important item, a stage play 22 Crore by Lahore-based theatre group Laal Hartal, was a tribute to revolutionary poet Habib Jalib. Hina Rabbani Khar, Athar Abbas and Arif Kamal held a discussion on the topic ‘Kashmir: The Valley Seized’, which was moderated by Ikram Sehgal. 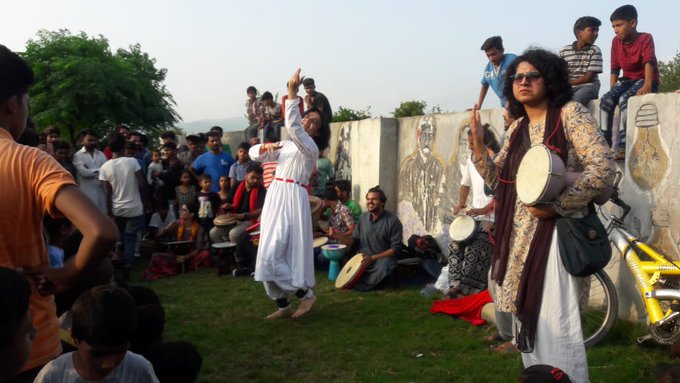 Jahan-i-Sufi, a fusion of folk and qawwali, was presented by the Bakhshi Brothers on the first evening. 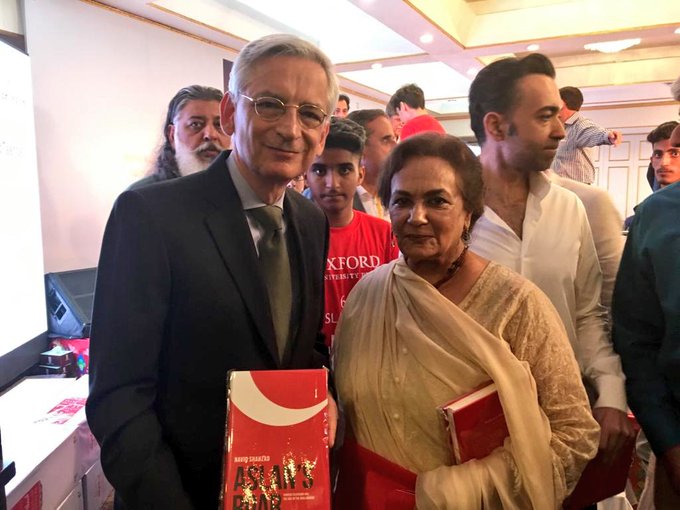 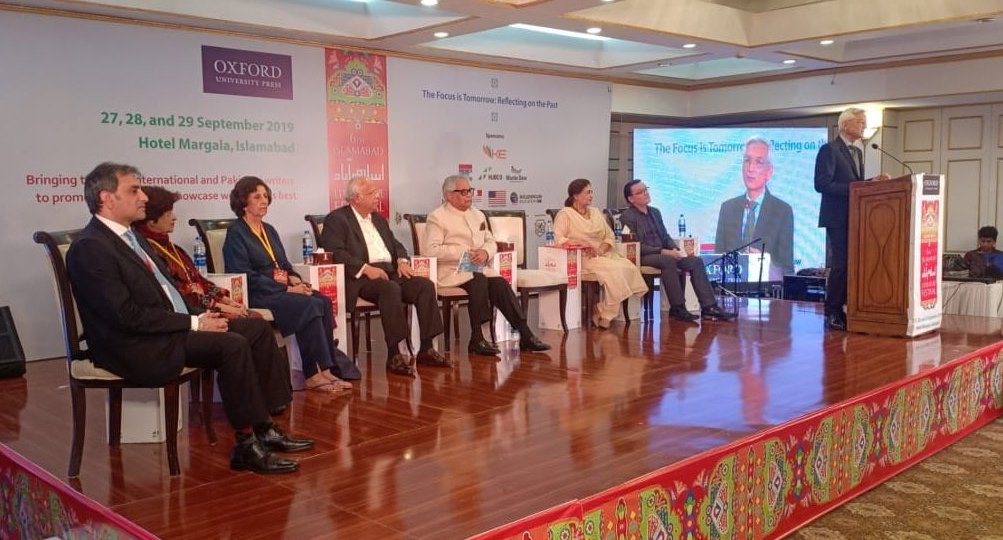 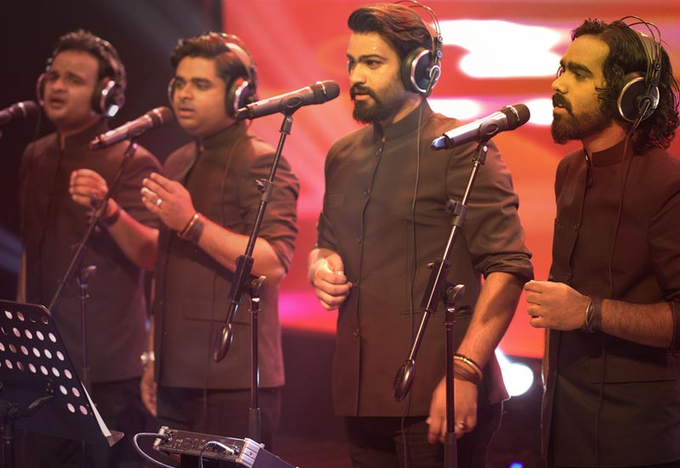 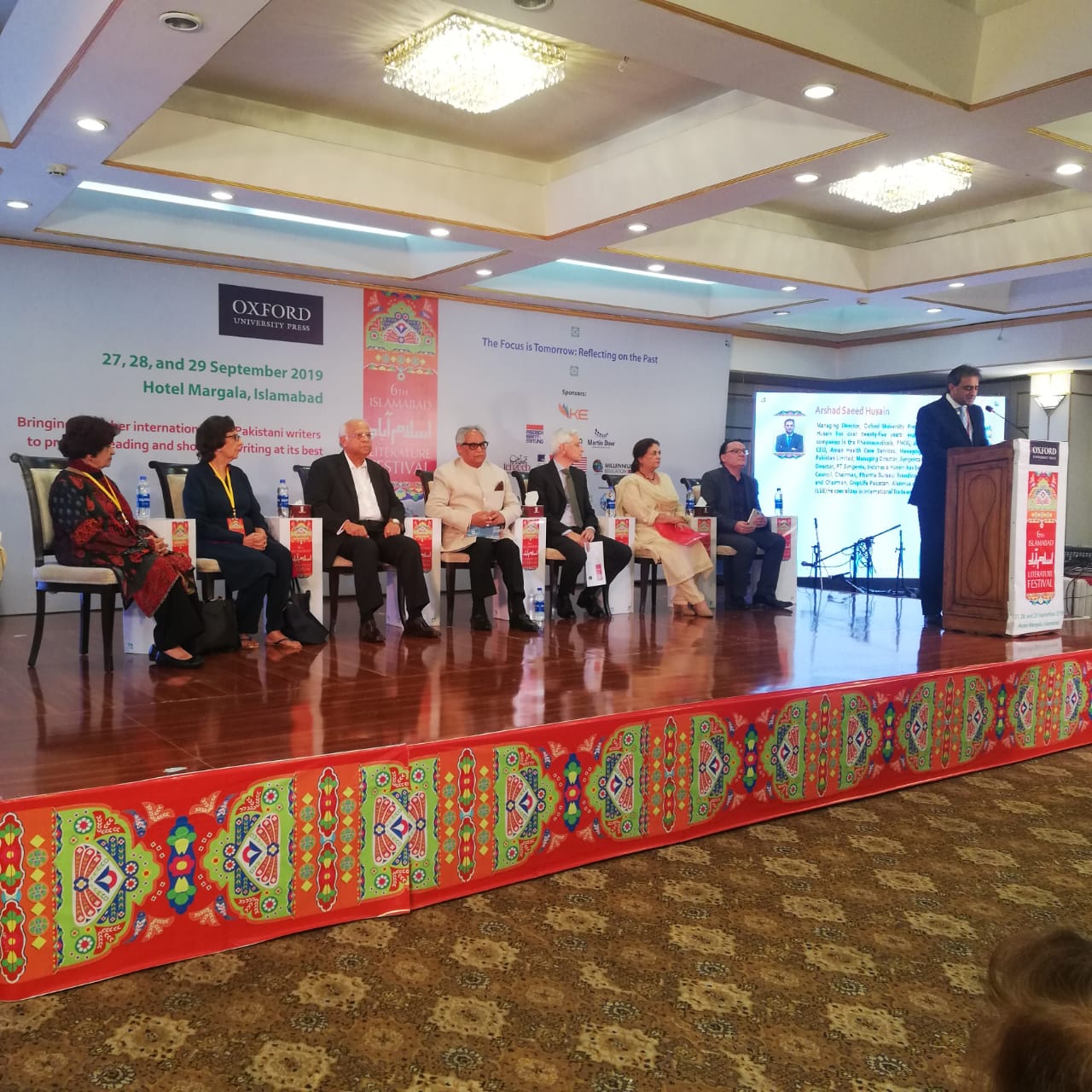 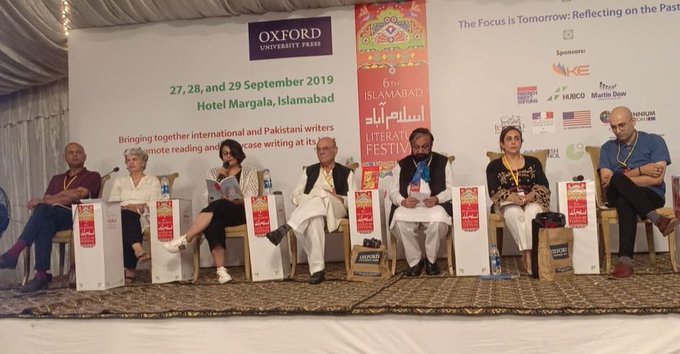 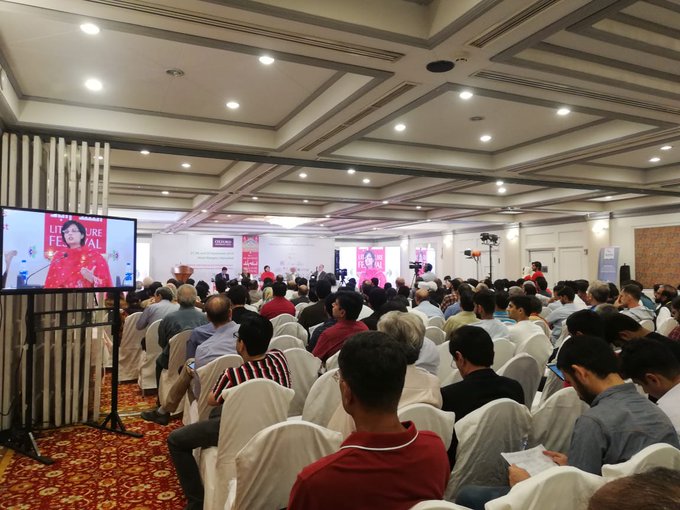 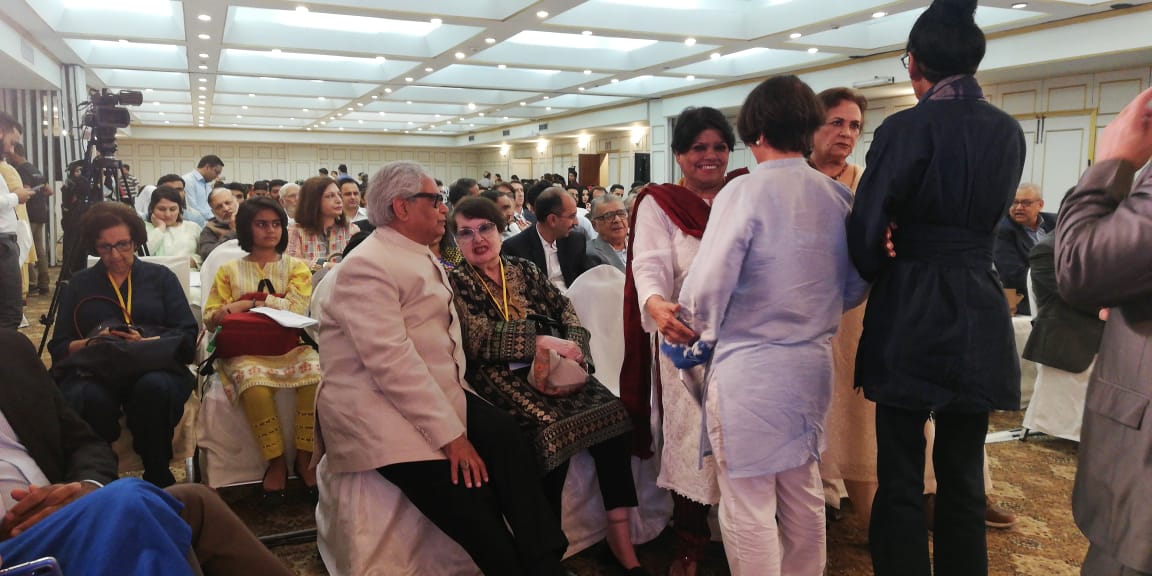 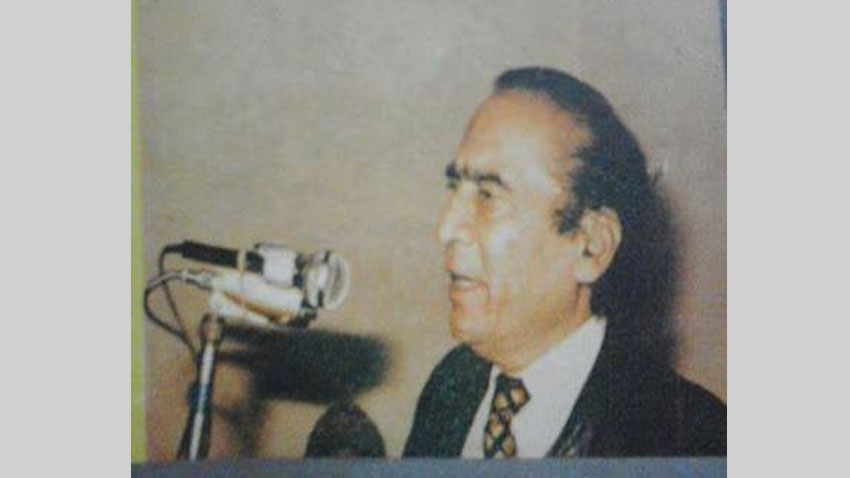