Ali Muhammad Khan (Minister of State for Parliamentary Affairs): Security forces saved Pakistan from any major misadventure and loss by giving swift response to terrorists at Pakistan Stock Exchange’s compound in Karachi yesterday. Prime Minister Imran Khan has appreciated the vigilance and bravery of the security personnel, who lost their lives while thwarting the attack on the Pakistan Stock Exchange’s building. Islamabad is not oblivious of malicious agenda being pursued by BJP-led fascist regime to destabilize Pakistan. India’s fascist government cannot bear existence of non-Hindus on its territory. Minorities in India are living under constant fear and threat.  Our stance is categorically clear that India is abetting and sponsoring terrorism against Pakistan, which should be condemned in strongest possible terms. Islamabad condemns terrorism in all its forms and manifestations.

Air Vice Marshal, retired, Ikramullah Bhatti (Defense Analyst): Pakistan has rendered matchless sacrifices in fight against terrorism in terms of infrastructure, financial and human loss. The outlawed Balochistan Liberation Army claimed responsibility of terrorist attack on PSE through social media. The target locations selected for the terrorist attacks in the past indicate that India was the sole beneficial of such attacks. Attack on the Pakistan stock exchange symbolizes the enemy's intention to destabilize Pakistan's economy. It is high time for Pakistan to submit all evidences before of the international community to expose India's nefarious designs. The US tilt towards India has further escalated the tensions in the South Asian region. It is high time for Pakistan to convince the world powers to pressurize India to stop destabilizing Pakistan through terrorism.

Lieutenant General, retired, Senator Abdul Quyyum (Defense Analyst): Prime Minister Imran Khan has rightly mentioned that India is behind the terrorist attack on Pakistan Stock Exchange. Islamabad should lodge a strong protest with India over New Delhi’s involvement in fanning terrorism in Pakistan. India has become a terrorist state in the region and facilitating terrorists groups in Afghanistan to destabilize peace in Pakistan. Modi’s fascist government is carrying out subversive activities in Pakistan to divert world’s attention from the Kashmir issue. It is high time to brief the international community regarding India's wicked role in the region. India's dream to shatter Pakistan's economy through cheap tactics would never materialize.  Entire Pakistani nation is united to foil malicious agenda being pursued by India.

Dr. Rasul Bakhsh Rais (Expert on International Relations):  India has always been involved in carrying out subversive activities in Pakistan to destabilize country’s peace and stability. India is financing and facilitating terrorists to impose its hegemonic agenda in the region. New Delhi is perturbed over growing economic relations between Pakistan and China.  The strategic signaling from the United States is not helping in maintaining peace and tranquility in the region. BJP government is committing state-terrorism in Indian Occupied Jammu and Kashmir. The world must know that Kashmir is a nuclear flash point between two nuclear armed neighbors. India's mischievous activities are posing serious threat to regional security. Pakistan's political and military leadership are on same page on all issues of national importance. Pakistan condemns terrorism in all its forms and manifestations.

Dr. Huma Baqai (Expert on International Relations): Entire world knows that India is committing aggression along the Line of Control (LoC) with Pakistan. India’s involvement in terrorist attack on Pakistan Stock Exchange’s compound in Karachi cannot be ruled out. New Delhi has always been involved in espionage activities to sabotage peace in Pakistan. I also pay salute to security forces for giving quick and befitting response to terrorists on the spot. BJP-led regime can undertake any misadventure in Pakistan to hide its own failures in Indian occupied Kashmir. Pakistan believes in peaceful co-existence and wants to forge peaceful relations with all its neighbouring countries, including India. Pakistan’s security forces are capable enough to give befitting response to any aggression and misadventure by India. 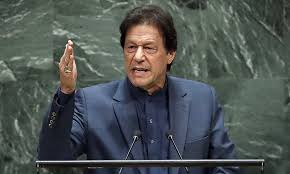 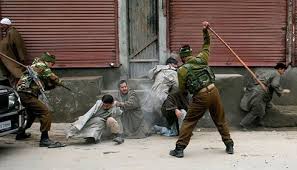 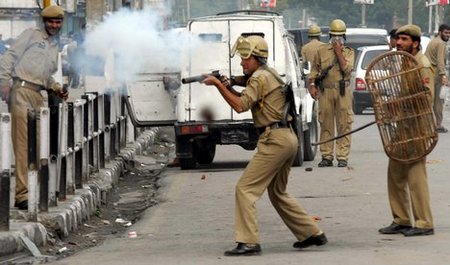