Prime Minister Imran Khan says Pakistan must not be blamed for the outcome of war in Afghanistan and for the losses of the United States.

In his article published in Washington Post today, he said Today, with Afghanistan at another crossroads, we must look to the future to prevent another violent conflict in that country rather than perpetuating the blame game of the past.

He expressed surprise over the recent Congressional hearings on Afghanistan, where no mention was made of Pakistan’s sacrifices as a U.S. ally in the war on terror for over two decades. Instead, we were blamed for America’s loss.

Imran Khan recalled that since 2001, he repeatedly warned that the Afghan war was unwinnable and pointed that given their history, Afghans would never accept a protracted foreign military presence. Even an outsider including Pakistan could not change this reality.

The prime minister pointed out that after the defeat of the Soviets, the U.S. abandoned Afghanistan and sanctioned Pakistan, leaving behind over five million Afghan refugees in Pakistan and a bloody civil war in Afghanistan.

This was made much worse by over 450 U.S. drone strikes on our territory, making us the only country in history to be so bombed by an ally. These strikes caused immense civilian casualties, riling up anti-American sentiment further.

He said the militant groups declared war against the Pakistani state after its support to the US war on terror.

He mentioned that Pakistan suffered over 80,000 casualties and lost over 150 billion US dollar in the economy, besides driving 3.5 million citizens from their homes.

He said the militants escaping from Pakistani counter-terrorism efforts entered Afghanistan and were then supported and financed by Indian and Afghan intelligence agencies. Yet the U.S. continued to ask us to do more for the war in Afghanistan.

In Afghanistan, he said, the lack of legitimacy for an outsider’s protracted war was compounded by a corrupt and inept Afghan government, seen as a puppet regime without credibility, especially by rural Afghans.

He said tragically, instead of facing this reality, the Afghan and Western governments created a convenient scapegoat by blaming Pakistan, wrongly accusing us of providing safe havens to the Taliban and allowing their free movement across our border.

He emphasized that a more realistic approach would have been to negotiate with the Taliban much earlier, avoiding the embarrassment of the collapse of the Afghan army and the Ghani government.

He said the right thing for the world now is to engage with the new Afghan government to ensure peace and stability.

He said the international community desired inclusion of major ethnic groups in the Afghan government, respect for the rights of all Afghans, and commitments that Afghan soil shall never again be used for terrorism against any country.

If we do this right, we could achieve what the Doha peace process aimed at all along: an Afghanistan that is no longer a threat to the world, where Afghans can finally dream of peace after four decades of conflict. Otherwise, he said, abandoning Afghanistan as tried before would inevitably lead to a meltdown.

The prime minister said chaos, mass migration and a revived threat of international terror will be natural corollaries. Avoiding this must surely be our global imperative. 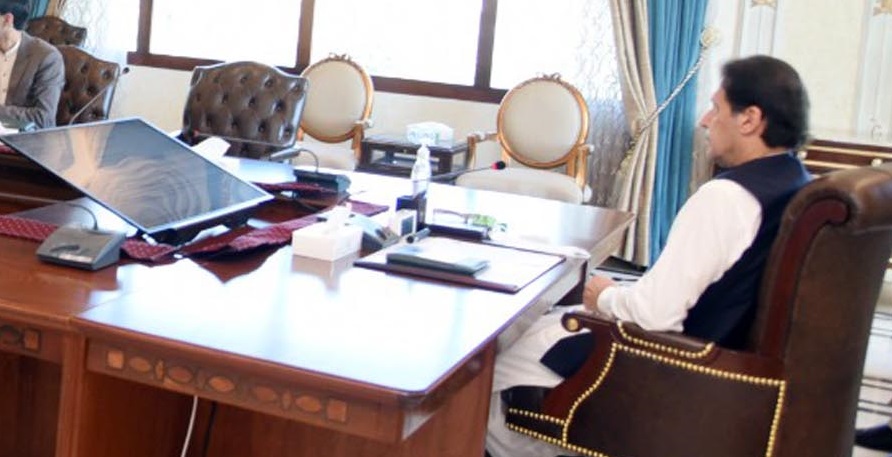