The nation celebrated birth anniversary of Quaid-e-Azam Muhammad Ali Jinnah on Tuesday with renewed commitment to work hard for progress and prosperity of the country. It was a public holiday today.  An impressive change of guard ceremony was held at Mazar-e-Quaid in Karachi on Tuesday morning.

People from various walks of life visited the mausoleum of Quaid-e-Azam to pay homage to the founder of Pakistan.

A ceremony was held at the Aiwan-e-Quaid-e-Azam in Lahore today in connection with the Quaid Day under the aegis of the Nazriya-e-Pakistan Trust. Renowned writers, journalists, intelligentsia, workers of the Pakistan movement and people belonging to the different segments of the society attended the ceremony.

The speakers shed light on various aspects of the life, thoughts, struggle and political services of the father of the nation and paid rich tributes to him. They were of the opinion that Quaid-e-Azam carved out a separate Muslim state for the millions of Muslims of the Sub-continent with a political and unarmed struggle.

A flag hoisting ceremony was held at the Residency of the Founder of Pakistan Quaid-e-Azam Muhammad Ali Jinnah in Ziarat. Chief Minister Balochistan, Mir Jam Kamal Khan was the chief guest on this occasion.

Addressing the ceremony, he said today's Pakistan is tantamount to a beacon light for the youth of the country.

The Chief Minister said it is a sign of pride that Quaid-e-Azam Muhammad Ali Jinnah had spent last days of his life in Ziarat.

Jam Kamal stressed the need of demonstrating sincerity in words and deeds and follow the teachings of the Quaid.

In their separate messages on the day, President Dr. Arif Alvi and Prime Minister Imran Khan have called for adhering to the vision of Quaid-e-Azam Muhammad Ali Jinnah and following his guiding principles of unity, faith and discipline in our individual as well as collective lives.

The President in his message said Quaid-e-Azam’s vision and thoughts are as relevant today as they were seven decades ago.

Today, we are celebrating 142nd birth anniversary of Father of the Nation Quaid-e-Azam Muhammad Ali Jinnah. It is an occasion for all of us to rejoice and reaffirm our commitment to the ideals of democracy, egalitarianism, constitutionalism and rule of law which were upheld by our great leader throughout his life. Quaid-e-Azam Muhammad Ali Jinnah united the discordant Muslims of sub-continent, welded them into a nation and secured a separate and independent homeland for them where they could spend their lives in accordance with their own custom and their traditions. He steered the Muslim of sub-continent during the most tumultuous times and enabled them to withstand heavy odds and to achieve independence through a democratic struggle. Quaid-e-Azam’s vision and thoughts are as relevant today as they were seven decades ago. We need to follow his principles of “Unity, Faith and Discipline”, wholeheartedly. By the grace of Allah Almighty our country has embarked upon the path to progress and development as envisioned by Father of the Nation. Today, we are not only paying homage to the memory of our great leader but also reaffirm our faith in his teachings. I urge the people of Pakistan to forge unity among their ranks in order to eradicate menaces of extremism, terrorism and corruption from our society. On this day, let us also pledge that we shall work tirelessly individually as well as collectively, in the service of our great country, in line with the Quaid’s vision.

The Prime Minister said we should reiterate today that the mistakes of past shall never be repeated and we all will work as one nation to transform vision of the Quaid into reality and take the country to its rightful place among the comity of nations.

Today, on the birth anniversary of Quaid-e-Azam Mohammad Ali Jinnah, we pay our tributes to one of the great leaders of 20th century who altered the course of history by his vision and relentless struggle for the rights of the Muslims. Our Quaid rekindled a hope amongst the oppressed Muslims of sub-continent, led constitutional struggle and brought into fruition the idea of carving out an independent Muslim state on the map of the world. While celebrating birthday of the Quaid today, let us reflect as to how far we have succeeded in adhering to the path outlined by our leader. Let us rededicate ourselves today to the vision of our Founder. Our Quaid had envisioned a state where we could live and breathe as free men, where we could enjoy freedom from fear and want; where we could fashion their lives according to our religious and cultural values, and where the principles of State of Madina could be followed to create a just and prosperous society. The Quaid had wanted a society where every citizen enjoys the privileges of equal rights; where rule of law reigns supreme and establishment of a state which provides its umbrella to marginalized and vulnerable and also facilitates growth of every individual to his/her full capabilities. The best way to pay homage to our Quaid is to adhere to his vision and follow his guiding principles of Unity, Faith and Discipline, in our individual as well as collective lives, towards making our country a truly welfare, progressive and prosperous state. Let us reiterate today that the mistakes of past shall never be repeated and we all will work, as one nation, to transform vision of the Quaid into reality and to take the country to its rightful place among the comity of nations.

He said as a result of the leadership and untiring efforts of Quaid-e-Azam, the Muslims of subcontinent achieved a homeland of their own. Naseem said the Quaid's vision of a tolerant society, protecting the rights of people of all religions, ethnicities and castes and his principles of unity, faith and discipline can lead us to build the Pakistan he envisioned.

Minister for Information Fawad Chaudhry says Inclusiveness and diversity are the strength of a Nation for what father of the nation Quaid e Azam stood up for.

In a tweet message, the information minister said for a long period, Jinnah's philosophy remained hostage but not in Naya Pakistan. 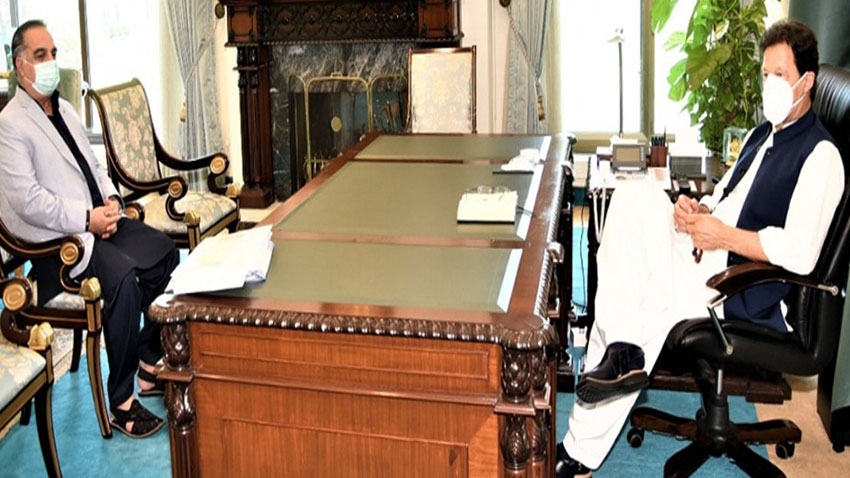