Federal Minister for Religious Affairs and Interfaith Harmony Pir Noor-ul-Haq Qadri has said that Pakistan is the safest country for minorities.

A addressing a ceremony held in connection with 549th birthday celebrations of Guru Nanak Dev Jee at Guradawara Janam Asthan in Nankana Sahib, he extended greetings to Sikh community on the birth anniversary and added that Baba Guru Nanak had given a message of love, humanity, peace and brotherhood.

Regarding opening of Kartarpur border crossing, the Minister said that Pakistan's government had initiated it and Prime Minister Imran Khan also held three to four meetings in this connection and gave message to India that Pakistan wanted to open the border for Sikh pilgrims.

He also thanked Indian government for their positive response to Pakistan's offer to open the border.

Pir Noor-ul-Haq Qadri said, "Pakistan's government takes it as its responsibility and pride to serve Sikh yatrees and to properly maintain their religious places".

He said the Ministry of Religious Affairs, Evacuee Trust Property Board are serving Gurdawars and other religious sites as its national obligation and would continue doing so in future.

He said that there would be on-arrival visa for Sikh yatrees from the UK, America and Canada.

He said that next year 550th birth anniversary of Baba Guru Nanak would be celebrated in a befitting manner and added that efforts are being made to establish Baba Guru Nanak International University at Nankana Sahib. 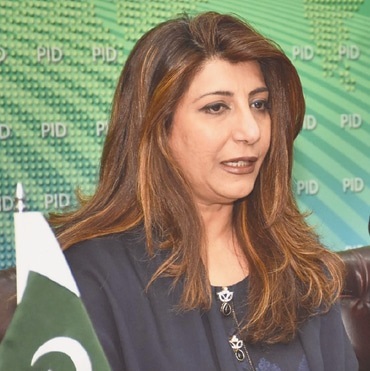