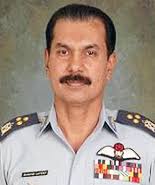 Pakistan has exposed Indian lies in front of the international community. We need to continue exposing Indian malicious and hegemonic agendas. India's claims that Pakistan is fanning terrorism is based on a pack of lies. it is in fact India which is doing terrorism in the region and presenting wrong picture to mislead the world. The situation in Kashmir is getting worst day by day. Carrying diplomatic course at Loc is an effective initiative to expose the true face of India in front of the world. India's  provocative attitude is posing serious threat to regional peace. The whole world acknowledges that Kashmir is a flash point between two nuclear states and any confrontation can bring catastrophic consequences. Pakistan has appealed to the world community to intervene and pressurize India to stop state terrorism to avoid any further escalation. The incumbent government is pursuing an effective diplomacy to expose brutal India's face in front of the world.  Pakistan has, once again, proved that India's anti-Pakistan propaganda is based on lies. India is habitual of violating ceasefire agreements and deliberately targeting innocent civilians across the border. Although, Pakistan is a peace-loving nation and believes in peaceful coexistence yet New Delhi always reciprocated negatively to Islamabad's peace overtures. India is led by the racist-government and does not care about international laws. Continuous ceasefire violations along LoC by Indian troops have exposed New Delhi's provocative attitude towards Pakistan. India does not have moral courage to allow international media to come and observe actual situation at LoC and Indian Occupied Kashmir. International community has been observing human rights situation for long but could not resolve Kashmir issue till now. Foreign diplomats have observed that Indian claims of false flag operations are not true. International community has adopted criminal silence on Kashmir issue because of its economic and strategic interests. The world powers are following the policy of might is right and not taking appropriate measures to stop worst human rights violations in Indian occupied Kashmir. Indian troops are not capable enough to conduct any surgical strike inside Pakistan. The India's false claims are nothing, but fabricated stories to satisfy its public to muster popularity. Indian troops target innocent civilians across the border and call it surgical strikes. Indian political parties sue bashing Pakistan sentiments for political gains. BJP is a political wing of RSS and pursuing the policies of Hindu fundamentalism and extremism. India has militarized the entire Occupied Kashmir heavily and has converted it into the largest prison of the world. Modi is a terrorist and liar and India's secular face is badly tarnished by BJP. There are voices around the world which are highlighting Kashmir issue at international forums. The brave people of Kashmir have been struggling for their legit right if self determination for last seven decades Pakistan has wisely exposed India's false claims and fabricated stories regarding surgical strikes .Modi has committed a blunder by scraping special status of Kashmir. Modi's unconstitutional unilateral decision of revoking Article 370 has clearly exposed India's true face at international front. Indian government is habitual of diverting world's attention from Kashmir issue through cheap tactics. New Delhi should realize that Kashmir is the jugular vein of Pakistan and we would never compromise on Kashmir cause. Pakistan's nation is committed to stand with Kashmir brethren in their legit struggle of achieving right to self-determination. Pakistan Army is highly professional as it does not target Muslim citizens across the border. India's attitude towards Pakistan is very irresponsible and its aggression is posing serious threat to global peace It is a big shame that despite complete clampdown, the Indian government has announced intermediate examination in Indian occupied Kashmir. The brutal Indian troops are deliberately targeting innocent civilians including young student. The Kashmiri students are not availing any scholarships and facility from fascist Modi regime. India has been continually violating basic human rights of the people of Kashmir for last seven decades. The ground reality of Kashmir suggests that Muslims of Jammu and Kashmir are deliberately targeted by racist Modi regime. There is complete clampdown and people do not have access to education, health facilities and other necessities of life. Kashmir is a separate state and no unilateral decision can change its status. Modi has committed a blunder by scarping special status of Kashmir. The international media has exposed Indian brutalities in Indian occupied Kashmir. The world is now observing the worst human rights situation in the occupied valley. We are hopeful that the brave people of Kashmir will get rid of Indian oppression in near future. I appreciate Malaysia, Turkey and Iran for highlighting Kashmir issue and supporting people of Kashmir at international front.