The Senate was informed today that Pakistan Bait-ul-Mal established seventy five orphanages named as Dar-ul-Ehsaas across the country during last year for welfare of the orphans.

Responding to a question during the Questions Hour in Senate, Minister for Parliamentary Affairs, Azam Khan Swati said children in orphanages are provided quality education by the best private educational institutions of the respective area.

The Minister said Youth Villa has been established in Karachi for adolescent children where five thousand children may be accommodated.

Answering another question, he said government has introduced Ehsaas program to uplift the poor people of the country.

Azam Khan Swati said Waseela-e-Taleem is another program being run by BISP currently operational in fifty districts across the country to encourage enrollment in schools.

He said a large number of government employees who are undeserving beneficiaries of Benazir Income Support program have been identified; which will make this program more transparent.

The Chairman Senate directed the Minister to provide the complete list of all those officers who fraudulently benefited from BISP.

Responding to a question about air flights from Quetta to other cities of Balochistan, Minister for Aviation Ghulam Sarwar Khan said PIA will start operations from Quetta to Gwadar and Turbat keeping in view the market indicators.

Answering another question, he said forty seven pilots are working in PIA on contract basis over the age of sixty years.

He said decision of reemployment to retired pilots was taken by previous government which was endorsed by the Supreme Court.

Minister for National Food Security and Research, Khusro Bakhtiar has said that federal government has evolved a mechanism with the coordination of provincial governments to end artificial shortfall of wheat in some parts of the country.

Winding up a discussion on a motion in the Senate, he said that four million tonnes of wheat was available in the public sector and there is no shortfall of wheat in the country.

He said flour prices in Sindh brought down from 60 to 54 rupees while in Khyber Pakhtunkhwa 58 to 52 rupees per kg.

The Minister said that government has raised the minimum support price of wheat from 1300 to 1365 rupees per 40 kg.

The House will now meet again on Friday at 10:30 in the morning. World must stand up, take notice of massacres in India: PM Pakistan wants peace but will never compromise on Kashmir: President 27 February will always be remembered in country's history: FM 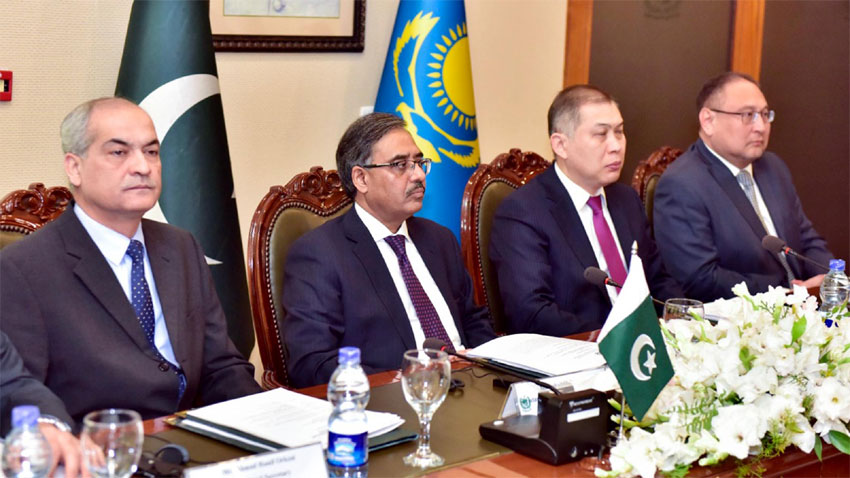