Pakistan all set to open its doors for Sikhs from across the globe: PM Imran Prime Minister Imran Khan says Pakistan is all set to open its doors for Sikhs from across the globe. In a Facebook post, he said construction work on Kartarpur project enters final stages and will be open to public on 9th of next month.

Prime Minister said world's largest Gurdwara will be visited by Sikhs from across India and other parts of the world.

He said this will become a major religious hub for the Sikh community and will boost the local economy. Imran Khan said it will also result in earning foreign exchange for the country besides creating jobs in different sectors, including travel and hospitality.

Meanwhile, Work on Kartarpur Corridor project is about to complete as electricity has been provided to all buildings of the Complex from Shakargarh grid station.

According to official sources in Lahore, the government is working speedily on the project to fulfill its promise with the Sikh community.

The registration of Sikh pilgrims, who want to participate in the ceremonies of 550th birth anniversary of the Sikh founder, Baba Guru Nanak Dev Ji, has been started.

The government has provided the best facilities at the Kartarpur Complex for the pilgrims and imported marble is being used in the construction of the 10-acre courtyard of Darbar Sahib Kartarpur. Paint and finishing work on Nishan Sahib, Sarwar, Darshan Diyorhi, entry point, Granthi House and residences made for the guests has been completed.

Special security arrangements have been made in and around the area and installation of security cameras, sound system and fire-fighting have been completed.

The decoration and beautification of the Gurudawara Kartarpur, temporary guest houses and the building of border terminal have also been completed. 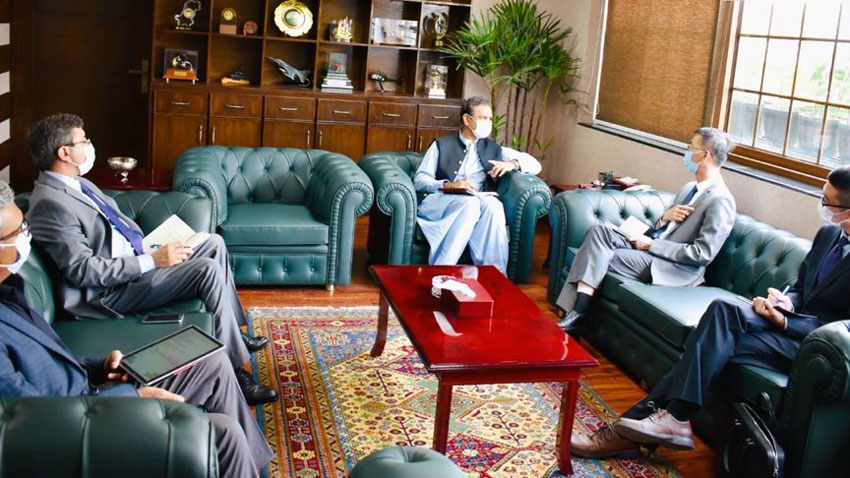