Pakistan to come out of grey list of FATF in 2020: Hammad 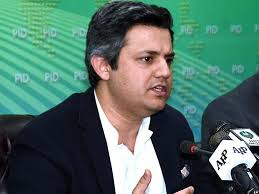 Federal Minister for Economic Affairs, Muhammad Hammad Azhar says Pakistan has targeted to complete all items on its Financial Action Task Force action plan to get upgraded from the grey list to the white list by next year. The minister, in a tweet, said that a coordinated effort from all regulators, law enforcement agencies , federal and provincial government departments is already underway in this regards.

He said FATF has noted progress already achieved by Pakistan during the last one year and especially in the last 4 months. Earlier,the FATF meeting held last week in Paris decided to maintain status quo on FATF Action Plan and allow the usual 12 months observation period for Asia/Pacific Group on Money Laundering (APG MER).

Pakistan has targeted to complete all items on its FATF action plan and InshAllah upgrade from the grey list to the white list of FATF in 2020. A coordinated effort from all Regulators, LEAs, Federal and Provincial Govt Depts is already underway in this regards.