Adviser to the Prime Minister on Finance, Dr. Abdul Hafeez Shaikh says the government would not introduce any new tax in the upcoming budget to facilitate the industrial sector.

Talking to a private news channel, he said the government would have to do work hard in coming days to reduce the budget deficit to nine percent.

He said the negative impact of coronavirus was also affecting our national economy like other countries and the government is trying to reduce its expenditures by adopting austerity measures.

He said basic objective of the government is to provide relief to the people in the next budget and duties going to be decreased on many things in the budget.

Replying to a question, he said the government would give package in upcoming budget to those sectors which were increases economic activities and generate employment opportunities.

He said under the relief program of G-20 countries, payments of 1.8 billion dollars will be deferred. 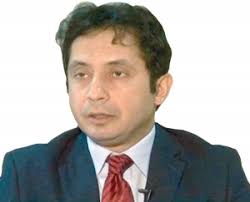