Talking to media on the occasion he said the Prime Minister Imran Khan would formally inaugurate the opening of Torkham on September 18 that would improve the bilateral relations between the two countries.

He said that the opening of the border is aimed to promote trade activities to central Asian states through the route besides enhancing export of Pakistani products.

The Chief Minister said that Islamabad desires strong ties with Kabul and opening of Torkham border is part of the government’s efforts, adding that Khyber pass had remained a trade route for centuries and opening of the border would usher a new era of prosperity in the region.

To a question regarding health sector, he said that soon the provincial government would make its one-year performance report public. 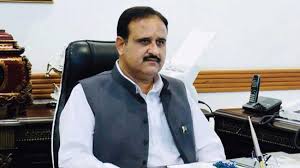