In Indian illegally occupied Jammu and Kashmir, fear and terror created by sweeping cordon and search operations of Indian forces claimed the life of an elderly woman in the territory.

According to Kashmir Media Service, the woman died of heart attack after brutal Indian troops broke into her home, tortured and abused inmates and took her two sons along in Pulwama district, on Thursday.

APHC General Secretary, Moulvi Bashir Ahmad in a statement in Srinagar greeted Pakistan on becoming a member of the United Nations Human Rights Council and hoped that Islamabad would use the opportunity to further expose the ugly face of India before the world community.

Other Hurriyat leaders Mir Shahid Saleem, Bilal Ahmed Siddiqi and Abdul Samad Inqilabi in their separate statements said that India was pursuing colonial policies to give a collective punishment to the Kashmiri people.

Indian authorities have once again imposed restrictions on vehicular movement on Srinagar-Jammu highway as well as Mughal Road on all Fridays till November 30 for unknown reasons.

The closure of the roads will cause multiple problems for the Kashmiri people as even the pedestrian movement has been restricted. 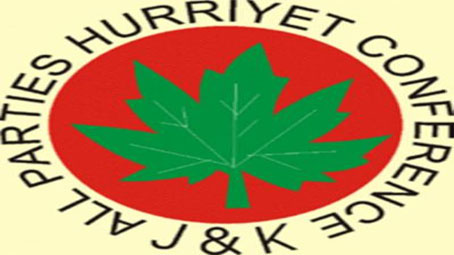