The visit of Prime Minister Imran Khan to China and Iran and the visit of Foreign Minister to Japan will be vital for strengthening our relations with these countries. China and Iran are our neighboring countries. China has initiated a number of development projects in Pakistan through China Pakistan Economic Corridor (CPEC). Islamabad wants to resolve all outstanding issues with New Delhi through dialogue. The foreign policy of the incumbent government is heading in right direction. The government is focusing to improve trade relations with Iran. Border management issues will be discussed with Iran and China that will result in improvement in the regional situation.

India is the second largest country in the world with respect to population and also considers it a democratic and secular state. All its claims of being a democratic state have proved wrong. The minorities in so-called world's largest democratic state have no religious freedom. The present Indian Prime Minister is an extremist and wants to win general elections with the support of extremist organizations including RSS. The Indian investors want Narendra Modi to win the election for their vested interests. BJP has always won the elections on the basis of anti-Pakistan sentiments and anti-Islam policies.

China and Pakistan enjoy strong, brotherly and historic relations, especially in defense sector. China is the country that has heavily invested in Pakistan at the time when no other country was ready to invest in Pakistan. The trade volume between the two countries is expected to increase up to 25 billion dollars in next five years. Both the countries are also interested in establishing special economic zones under China Pakistan Economic Corridor project. China has also ensured Pakistan the support to enhance its exports. Pakistan and Japan have good bilateral relations. Japan has an automobile plant in Pakistan. Pakistanis are mainly engaged in the automobile sector. They carry out the business of exporting cars to different countries. Pakistani community is not parasitical. Not only do they earn money from Japan and send it to their country but they also help Japan to earn foreign exchange, which plays a momentous role in the economy of the country. There are convergences and divergences of the bilateral and multilateral relations between Japan and Pakistan. Divergence includes Pakistan’s nuclear and missile program, China-Pakistan Economic Corridor and Japan’s desire of having permanent membership of the United Nations Security Council etc.

Some of the Hindu businessmen are supporting Narendra Modi and investing money to ensure the success of BJP in the general elections. In last general elections, an Indian business tycoon also heavily invested for success of Narendra Modi. More than half of Indian population is spending lives below poverty line because of Modi’s policies. The secularism and democracy in India is also under threat. Modi’s policies are based on anti-Pakistan agenda.

BJP won the previous elections in India with the support of corporate community. The policies of BJP are very clear that there is no space and religious freedom for the minorities in India. Extremists in India are brutally killing the Muslims and forcing the minorities to convert into Hinduism. Narendra Modi is also settling Hindus in Indian Held Kashmir in order to convert the Muslim Kashmiris into minority. The policies of Narendra Modi are a threat for India itself and could lead India towards destruction and isolation. Covid-19:Protecting people and providing them relief is foremost priority of government 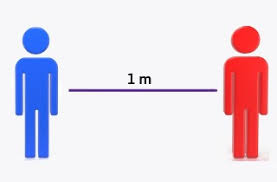 Citizens must cooperate with Govt to contain coronavirus: Analysts ‘Corona Relief Tiger Force’ : Youth to join frontline in fight against coronavirus along with nurses, paramedical staff and doctors Analysts laud Chinese support to Pakistan during fight against coronavirus