Tayyip Erdogan's visit to Pakistan would defy the recent propaganda of misunderstanding between Turkey and Pakistan. Ankara is an important capital for Pakistan. The visit is highly beneficial as for as economy and strategic cooperation is concerned. Such visits indicate bilateral and diplomatic understanding between two countries. Pakistan enjoys cordial and deep rooted ties with Turke

Turkish President Tayyip Erdogan's recent visit to Pakistan is highly beneficial for both the countries. It is expected that Tayyip Erdogan would once again highlight the Kashmir issue. Pakistan appreciates Turkish leadership for endorsing Pakistan's stance at Kashmir cause. Turkey has always supported Pakistan at international front. It is a golden opportunity for Pakistan to thank Turkey for its unconditional love and support.

Tasneem Aslam (Former Ambassador): It is useless to expect any positive development from Modi's fascist regime. Revoking of article 370 is a preplanned agenda of Indian government to change demography of Kashmir. Unfortunately, we have not seen expected response from many Muslim states however, Turkey and Malaysia have endorsed and supported Pakistan's stance regarding Kashmir. The United States tilt towards India is further escalating tension between two nuclear states. The Trump administration is very biased towards Muslims and the US administration is not serious in resolving Kashmir issue in accordance with the United Nations resolutions.

Abdullah Gull (I.R Expert): Turkish nation has great respect for the people of Pakistan. Quaid e Azam Muhammad Ali Jinnah and Allama Iqbal are highly regarded in Turkish society. The United States’ move to sign defence agreements with India are destabilizing balance of power in the region. The Trump administration has played a negative role on Palestine issue. The evil nexus of India, Israel and US is envious of Pakistan’s nuclear power.

Radio Pakistan has played a tremendous role during 1965war. The Turkish government is a pro Muslim government and it would continue supporting Kashmir cause at international front. Pakistan is committed to expose Indian brutalities at every international fora. It is high time for the international community to intervene and resolve the issue of Kashmir in accordance with the United Nations resolutions.

Azad Kashmir Radio has played a significant role in highlighting Kashmir issue and exposing Indian atrocities in Indian occupied Kashmir. It is a moment of pride that AK Radio Mirpur is the most powerful radio station in the whole Kashmir valley. People of occupied valley are sending their messages through this medium. We are committed to broadcast and spread the message of freedom, love and peace throughout the world. We are advocating the Kashmir cause with full force. Prime Minister Imran Khan has emerged as an ambassador of people of Kashmir due to effective highlighting of Kashmir cause by AK Radio Mirpur. Indian forces have failed to suppress the voice of Kashmiri people. AK radio Mirpur is  the only source of news and information to the people of occupied Kashmir after the information blackout by the occupation authorities. 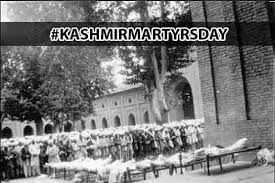 Kashmiris are determined to continue their struggle for right to self-determination: Analysts Public must follow guidelines during Eid-ul-Azha to stay safe from COVID-19: Analysts 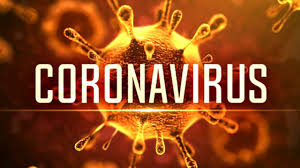 India continues ceasefire violations along the LoC & WB; Such senseless acts are in clear violation of the 2003 Ceasefire Agreement