Talking to media persons in Multan on Friday, he said Intra-Afghan dialogue is imperative for creating enabling environment for successful of Afghan Peace Process.

Responding to a question regarding approval of citizenship bill in India, the Foreign Minister said it deprived rights of Muslim population in India.

Discussing Kashmir issue, he asked India to stop brutalities in the held valley. He said US congress discussed Kashmir issue at great length and now the entire world is aware about happenings in Kashmir.

Talking to the US Special Envoy on Afghanistan Zalmay Khalilzad who called on him at the Foreign Office in Islamabad on Friday, Foreign Minister Shah Mahmood Qureshi has assured that Pakistan will continue to sincerely play the role of facilitator in the Afghan peace process.

The Foreign Minister said peace in Afghanistan is important for peace and stability in the region. He reiterated Pakistan's stance that there is no military solution to the Afghan conflict.

The US envoy apprised the Foreign Minister about  the details of the US-Taliban talks. 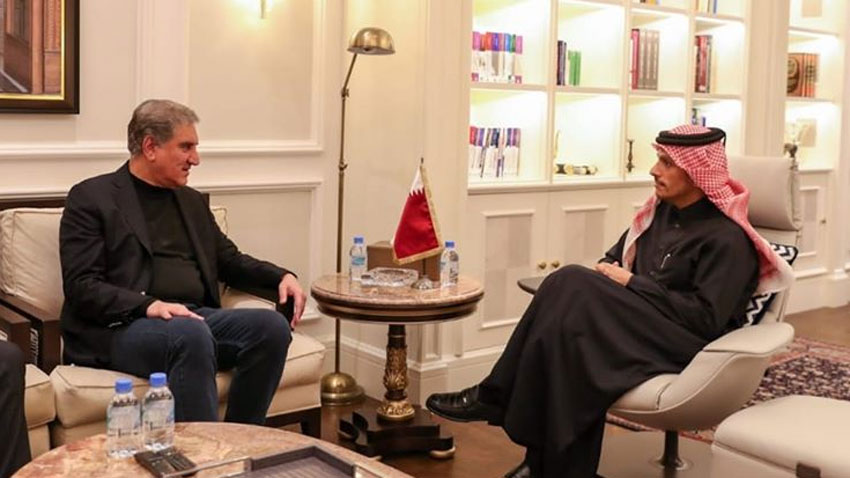